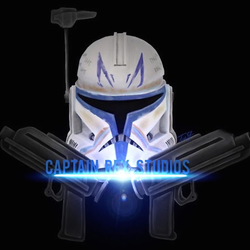 The Crusader is a British Privateer War Ship that patrols the English coast looking for Pirate Ships. This set is based off my own theme called the "The Pirate Crusader" Here is the basic story = In the year 1713 Captain Nathan Isaacs of the Crusader was kidnapped by Barbary Coast pirates, and was forced into slavery, but escapes 3 years later with several other slaves who later become part of his crew, They then declare war on all Pirates! This ship will include a captain's cabin, captain's bedroom, (pictured below) and a ships galley, or a kitchen. I want this ship to come with 6 minifigures 1. Captain Nathan Isaacs 2. Michael Lawrence (1st Mate) 3. Marcus Curt (ship's chaplain) 4. Kyle Sinclare (crew member) 5. Timothy O' Brain (quartermaster) Elijah Wilkins (crew member) 6. Nicole Curt (Marcus's sister) Pictures of the minifigures will be added to the updates page. Please help this ship reach 10'000 supporters!  Thank you