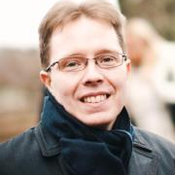 Background
In 1950, when space travel and journeys to the moon where still science fiction, Belgian cartoonist Hergé (Georges Remi) published the serialised version of what would become the two album Tintin adventure “Destination moon”/"Explorers on the moon". Hergé was known for his sense of detail and perfection and put huge amounts of research behind this album to make it as accurate as possible. The adventure tells the story of a manned mission to the moon, something that was yet to be achieved in the 50´s.
The vehicle that transported Tintin, Snowy, Captain Haddock, Professor Calculus, Thomson and Thompson, Frank Wolff and Colonel Boris Jorgen to the moon was a bright red painted, cigar shaped rocket with three large fins and a white checkered pattern around the mid-section. This rocket has become famous for its elegant design and is now synonymous with Tintin. The design is instantly recognised by millions of people which has read and loved the Adventures of Tintin over the decades.
About the model
This model is a tribute to that rocket. The model is designed at a scale of 1:110, to match the official Lego Apollo V rocket. But scale is tricky with an imaginary rocket. Even if Hergé included a detailed drawing in the albums and built several scale models during the work with the album to get the pictures as accurate as possible, there is no official record of how tall the rocket is. To get a plausible length, I started out with the drawing in the album and concluded that it was possible that the drawing was made at a 1:300 scale. In combination with information from the book "Spaceship Handbook" (Jack Hagerty and Jon C. Rogers) and measurements from the album art, I ended up with a total length of 66 meters, including the antenna. At 1:110 scale, this makes the rocket model 60 cm (23.62 inches) tall. The model is made up of 1.575 Lego bricks.
When building the Saturn V two years ago, it was the first Lego model I built in many years. It inspired me to take up a long-lost project of this moon rocket. "Destination moon" was a childhood favourite, and I always wanted a model of it back then. But 20 years ago, lack of pieces and creativity put an end to all plans. Now, with 3D Lego modelling software and modern pieces I gave it another try. I believe this model will be a great contribution to the collections of all Tintin and Lego fans around the world. I hope you will enjoy this model.