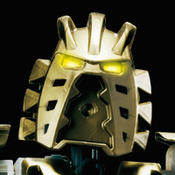 This is my Classic Space Star Fighter. It holds two pilots, which sit in the cockpit with one on controls, with the other one as a backup. Given the nostalgia of Classic Space (Space, Futuron, Blacktron, etc.), which has only been fueled by Benny from the Lego Movie and the Exosuit, I thought I'd try to make a spaceship. It's got eight engines, a cargo hold, and secondary flaps for atmospheric flight. It's capable of holding gear (or extra Turtles!) in it's four auxiliary cargo holds, located behind the observation panels on 4 of the eight sides of the craft. I tried to add as much detail possible within the aesthetic held by Classic Space, and it came out surprisingly well. It contains just over 400 pieces, is built using legal methods, and is extremely swooshable, which adds to the play value. To save on manufacturing costs, this could potentially use the same green spacemen as the Exosuit sets, which as an added bonus could help drive sales of this set. I hope you like my project, and let's try to get this thing to 10,000!