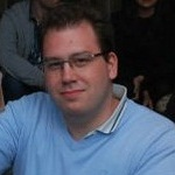 Here is some Turbo Racers, that did not come in LEGO bricks, but ended up as sheap toys in kids fastfood. But I chose to take the challenge because I think it would be a shame if they were to be forgotten. I made a sbio for each of the cars.

4x2 Turbo: (Black and Orange, past cont: 65) This rugged buggy, can climb the most difficult terrain, with it's massive suspension and deep-tread tires.