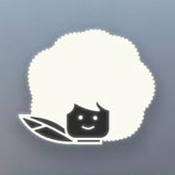 By gyuta Legoist
43 comments
Hello, LEGO Fans
I introduce a Board Game,  [Where's a Pair?]
How To Game #1 - Formal way It's a very simple and interesting board game. :)
The goal of this game is finding a pair of two cards of a same character.

This game is consist of 56 image cards with 28 ordinary characters whom we can meet around us.

And each character has two types of image, its front and rearview's. So there are 28 pairs of cards that show each character.
And card stands for max. 4 players, 2 dice are included The rule of game is quite simple.
A player draws 2 dice in one's turn If 2 dice show different things,  you have to move a card from your card stand to the desk. If 2 dice show a same thing,  you can move a card from the desk to your card stand If they were a pair, put down a pair of cards in front of you.
Repeat these in turn.
The player who gathered the more pairs faster than others will be a winner. :)
How To Game #2 (Alternative way)
Stand up the cards so that all players can see images.
Memorize the cards in a minute, And players flip two cards in turns.
If they are the same, the player takes them. If not, turn them to opposite side again Repeat these in turn.
The player who gathered the more pairs faster than others will be a winner. :)
Enjoy this game and Good luck~