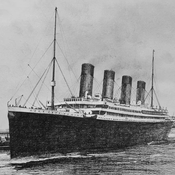 By Tianyi Zhang
21 comments
Completed in 2002, the Shanghai Maglev Train is the only commercially operated high-speed maglev line in the world, and it is also the fastest operating train line in the world, with a maximum operating speed of 450 kilometers per hour, and the journey from Longyang Road Station to Shanghai Pudong Airport Station takes only 7 minutes and costs about $7. Compared to the subway, the Shanghai Maglev Train can save 50 minutes of time.
This model recreates the Shanghai Maglev Train, and now you can see this famous train on your countertop. It is is 31.6 cm high, 98 cm long and 10 cm wide and consists of 2098 pieces of parts (including the track part). The design and building of this model is a tribute to the fastest railway in the world. In order to show the characteristics of maglev trains, transparent parts are used between the tracks and trains to prop the train up, the astonishing speed of the maglev train comes from this feature - suspension. Sadly, due to operating costs, operators have announced that such trains have been reduced to 300 km/h, which is no different from ordinary Chinese high-speed railways, and speeds of up to 450 km/h are no longer there.
Limited by the style and size of the parts, I couldn't reproduce this well-known train with absolute accuracy, but I did hope that LEGO could produce a model of this train in its honor, and it would be even better if LEGO could introduce its unique square streamlined locomotive parts.
If you like this work, please support me, I would be very grateful.