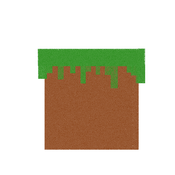 This is a 1 to 1(As close as I could get with LEGO bricks) scale model of the original NES by Nintendo.  I was inspired after seeing an Atari being built out of bricks as well, so here is a full scale NES based upon the one in my living room.  It has a working lid, with the ability to slide in a cartridge and close the lid.  The cartridge and controller are also 1:1 scale, with the controller also being able to be plugged in.  I might release an update with the Zapp gun as well, but for now, the model includes just a controller and game.  The switch on the back of the console for changing input channels also has the ability to slide using a rail piece.  The one detail I was not able to get was the designs on the bottom of the console, as LEGO bricks have to have something to stick to, and adding these details would change the entire build and cause some things to not work as they should.  Sadly, I was not able to include any pictures of my actual NES to reference to for 2 reasons.  The first one is that in my new house, it is hard to find a good surface to take photos on, mainly because there are boxes everywhere.  The second is that the console/cartridge/controller contain artworks and things not made by me, for example, the game sticker on a GamePak.  I might release an update if I find a good place to take the photo and use photoshop to blur/remove any 3rd party artwork.