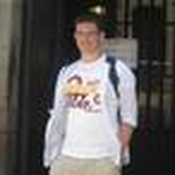 By oneista
2 comments
Titan Clydebank is a 150-foot-high (46 m) cantilever crane that was built in 1907 at Clydebank, Scotland. It was designed to be used in the lifting of heavy equipment, such as engines and boilers, during the fitting-out of battleships and ocean liners at the John Brown & Company shipyard, then the biggest shipbuilding group in the world. This was also the world's first giant electrically powered cantilever crane. It was awarded the 2012 Engineering Heritage Award, by the Institution of Mechanical Engineers.

It is was also honored by ASME, American Society of Civil Engineers, United Kingdom's Institution of Civil Engineers and Institution of Mechanical Engineers[3] as an International Historic Civil and Mechanical Engineering Landmark. It is the first landmark in Scotland to get this particular ASME designation. For the restoration of the structure, recognition was accorded by Chicago Athenaeum Award for Architecture in 2008 and by the Civic Trust in 2009