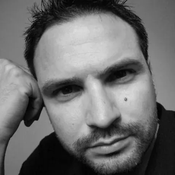 Parliament Hill in Ottawa, Ontario, Canada is the house of the Canadian government including the Senate and House of Commons. It is also the home of Canadian icon, the Peace Tower. In 1916 the 98 metre (322 feet) landmark was dedicated to those who lost their lives in the First World War and for those since.

The buildings at Parliament Hill are designed in the Gothic Revival style of those from the 12th and 13th century. Construction began in December 1859 and has seen many renovations including the building of the West and East Blocks. Material is primarily sandstone with reinforced concrete roof covered with copper.

This symbol of Canada, pride of a nation will celebrate it’s 160th birthday in 2019. Following my visit to the capitol and seeing the names of those who laid down their lives for our freedom and way of life, it only seemed right to honour that with this model.