The Outrider (MIDI-scale) - Star Wars: Shadows of the Empire 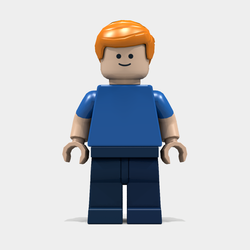 Introducing the YT-2400 light freighter(The Outrider) used by the smuggler Dash Rendar during his adventures in the Shadows of the Empire comics, novel and videogame.

I had this project done about a year ago. I wanted to render the image before uploading it but I kept having problems with the programs but here it is at last and I'm very happy because I worked in it for a very long time.

It is designed to fit the MIDI-scale models such as the Millennium Falcon and Imperial Star Destroyer.

This set consists of 492 pieces but I'm not sure if it is stable, specially the back of the ship because it was very tricky to build but probably stabilizing it is not very hard.

I included the minifigures of Dash Rendar and Leebo( but I thing they won't fit the other sets so they would probably be removed. I'll update this project to give more views of the ship.