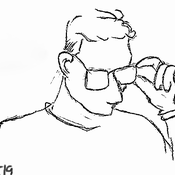 Battle it out in the underworld of Mangaia!

Deep beneath the surface of their tropical island home, the elemental Toa finally confront the dark and mysterious entity called Makuta. After the heroes enter the ancient temple called Kini-Nui, they must face various trials as the final battle approaches. Will they emerge victorious before entering Makuta’s inner chamber? Help the Toa and villagers defend and save their world!

An ultimate homage to the 20th anniversary of the launch of BIONICLE!
This project was inspired by the fan-favorite Mata Nui Online Game (MNOG), which was playable as episodes on the official LEGO BIONICLE website 20 years ago! As such, this set draws heavily from the mythos introduced in 2001.

Designed for fans new and old, BIONICLE Legacy seeks to evoke some of the gravitas and mystery that accompanied BIONICLE’s launch. Upon release, BIONICLE introduced LEGO fans to not only a system of building, but also to a system of story-telling and role-play. The 2001 LEGO theme provided a rich framework of lore and action for builders to tap into in making their own stories, as well as hours of escapism into the strange world called BIONICLE.

Show your love for a beloved original LEGO theme or discover it for the first time!

BIONICLE Legacy: Storytelling with LEGO Bricks is a dynamic and expansive diorama. This set is designed to function as a playset as well as a deluxe celebration of what began 20 years ago in BIONICLE.

During the lengthy design and iteration process for BIONICLE Legacy, I let my imagination roam free to deliver a concept that I hope you find as compelling as it was to dream up. I desired to capture the intriguing and impactful aura that BIONICLE impressed upon fans during its release, and so I continually worked to deliver an interactive, fleshed-out encapsulation of that magic. Packed with detail, this interconnected series of vignettes has something for collectors, longtime fans, and those looking to relive the legend. It also aims to convey the BIONICLE world to a new generation of LEGO fans.

For higher-resolution images of this project, and past iterations, check out Flickr!

Remember to Share and Support this project if you would enjoy treating yourself to a BIONICLE set of this scale. Thank you to everyone who has commented, supported, and provided inspiration for this project! With your help, BIONICLE Legacy: Storytelling with LEGO Bricks could become an official LEGO set!