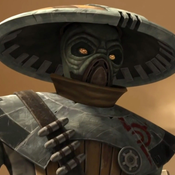 By wertyjj
36 comments
Background of Kashyyyk through the Clone Wars:

Start of the Battle: Separatists droids flock to a thriving bay city of Kashyyyk, Kachirho to invade and destroy the city. The Republic Clones and Wookiees of Kachirho cannot hold off the attack and are losing ground every moment. Soon they are pushed to the edge of the beach...

The Reinforcements Arrive: Finally battle after battle, the reinforcements of Grand Master Yoda arrive. Soon the battle shows signs of stopping and the Republic has won!

Not Quite: Suddenly just one com-link call can change everything...

Order 66: Even thought the battle is over the Jedi are not safe. Grand Master Yoda barely escapes his murderers, but he is the luckiest.

Quinlan Vos: Master Vos was luckier than Master Unduli. He received terrible wounds,but
was able to escape into the jungle and heal.

Information Resources:
Credit for information to Wookieepedia. Here is the URL.
http://starwars.wikia.com/wiki/Battle_of_Kashyyyk_(Clone_Wars) 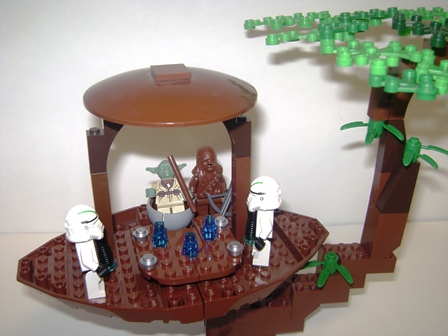 New Picture:The new picture of Yoda's Garrison. (I believe Garrison is treehouse) It looks much better on the main picture, but the rest of Kashyyyk is not done yet so I decided to leave it off the planet until the rest was done! 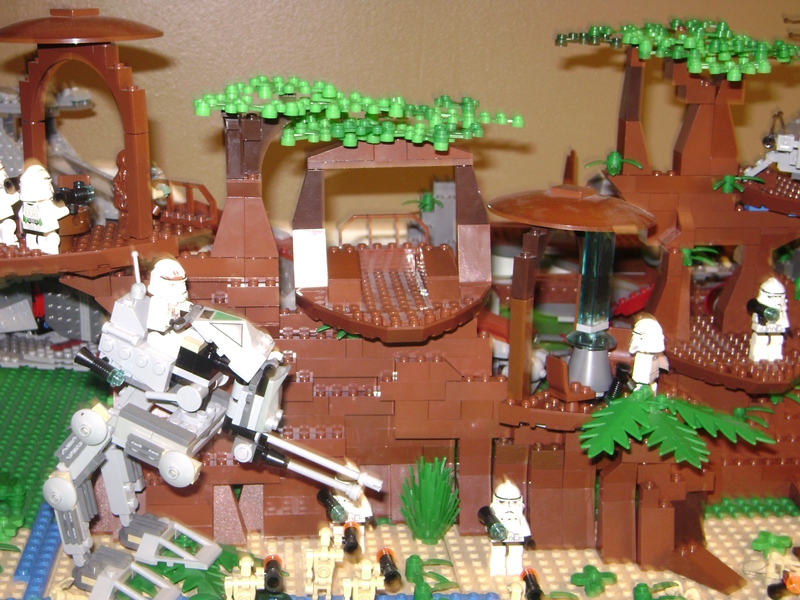 Clone Scout Walker and Clone Trooper reinforcements battling droids. Main wookiee treehouses. To the left is the planned assassination of Yoda and Chewbacca. To the right, Order 66 being received. 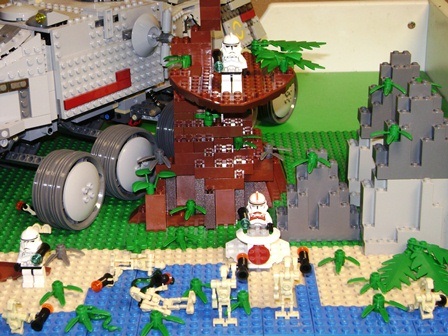 Clone Turbo Tank and Clones pushing back the droids. Quinlan Vos running from the Clones after Order 66 is received. (He is behind the rocks) 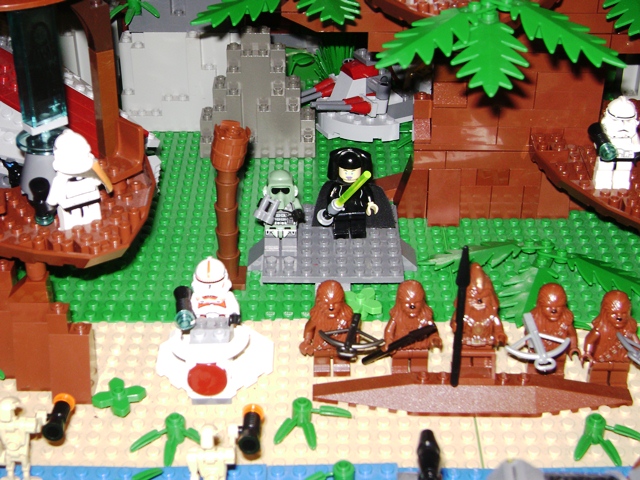 Wookiee and Clones battle the storming Droids of the Separatists. Luminara and her Kashyyyk Trooper Advisor plan and strategize . The clone in the Wookiee treehouse receiving Order 66 to kill all Jedi.

Thank you for reading the description and commenting and supporting...

Check out all the other awesome projects at the bottom of the main description.