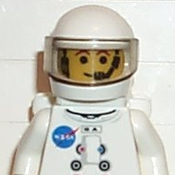 Explorer Bravo is an offshore oil and gas production platform located in the North Sea that is operated by the energy giant Octan. When oil was first found in the North Sea in the 1960s, the technical challenges of drilling in water at a depth of over 400 feet had never been attempted before. In fact, that depth was well over twice as deep as anything that had ever been accomplished before. To make the challenge even more daunting, the unpredictable and volatile North Sea weather made it necessary to build installations that were able to withstand winds in excess of 150 miles per hour and waves of over 100 feet high. In the warmer, calmer waters of the Gulf of Mexico - where offshore drilling operations were pioneered - tropical storms can be seen coming days before they arrive giving adequate time to evacuate personnel from platforms in the path of the danger. By contrast in the North Sea, ferocious storms can arrive with as little notice as six hours so the platforms need to be able to withstand extreme wind and sea conditions because there isn’t enough time to remove personnel from the installations. All of these technological challenges as a result were often compared with the difficulty of putting a man on the moon.

Octan’s Explorer Bravo platform - the second and largest of three production platforms in Octan’s Explorer Field - is supported by a gravity base concrete structure that is so heavy that its weight alone anchors it firmly to the seafloor. The holes just above the waterline are a perforated breakwater system that prevents wave damage. From the sea surface to the top of the drilling derrick, Explorer Bravo is 750 feet tall and weighs nearly 600,000 tons. The platform can drill to depths of well over 10,000 feet.

The platform employs around 300 workers at any one time. Each employee puts in a daily twelve-hour shift on a fourteen days on, fourteen days off basis. The platform’s accommodations module provides for comfortable - if relatively spartan - sleeping quarters for the workers. The workers are, however, provided with quality food service that is comparable to three-star hotels. Entertainment options are also provided such as television, movies and a well-equipped game room with billiard tables, table tennis and darts. A small gymnasium is available for those who like to stay fit. And for those who are so inclined there is even a North Sea Bird Club - the platform providing an ideal observation post for these particular fauna. There is a laundry service onboard that provides fresh clothing, linens and towels for the workers as well as a post office which sends and receives mail from shore on a daily basis. After their two-week stint is over, workers are transported by helicopter back to shore for a well-earned two weeks off.

The model - which has almost 1400 pieces - includes many of the elements of an actual North Sea oil and gas production platform:

The platform is supported by a sturdy sandwich base consisting of a grey 32 X 32 baseboard on the bottom with black bricks in the middle located along the sides and the seams of the four blue 16 X 16 plates located on top. A white 1 X 8 tile identifies the name of the platform and a white 2 X 4 tile shows off the familiar Octan logo. The overall presentation of the model is fashioned after the models that are often given as gifts to key contributors to a successful aerospace program.

This LEGO Ideas project is dedicated to the people who have devoted - and in some cases given - their lives to finding and providing the energy that has profoundly improved the standard of living of people all over the world. The environment where offshore drilling platforms like the Explorer Bravo operate is a place that most people take for granted but few have ever seen. It is a place where high technology is used and put to work in some of the most inhospitable conditions on earth.

Thank you for taking the time to check out my project. Make sure to support, comment and share!