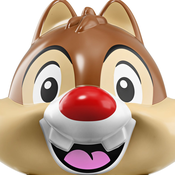 By MasterBuilder71
26 comments
Build some of the most well known scientists in history.
This desktop set includes three minifigures modular builds along with their accomplishments. The three Men of Science are Albert Einstein, Isaac Newton, and Nikola Tesla.
Albert Einstein was a German-born physicist, who developed the theory of relativity. In 1905, Einstein published four groundbreaking papers, one that discussed the mass-energy equivalence. Within this paper he produced the equation E=mc^2. In 1921, he received the Nobel Prize in Physics for theoretical physics.
Isaac Newton was an English mathematician, physicist, and astronomer who is well known for his three laws of gravity. In 1661, he attended Trinity College in Cambridge until it closed due to the Black Plague. Newton took that time that he was not attending college and invented calculus.
Nikola Tesla was a Serbian-American inventor and engineer. Tesla is best known for his contributions for the design of the alternating current system. In 1889, Tesla created the Tesla coil. The Tesla coil was a transformer circuit that produced high-voltage, low-current, high frequency alternating-current electricity. Tesla attempted to create a wireless lighting system by using the Tesla coil to light up Geissler tubes and incandescent light bulbs in a field.
In addition to the minifigures, this set also comes with a chalkboard with an equation on it, a messy desk, an apple tree, and a couple Tesla coils.