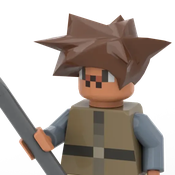 By BrickCade66
19 comments
A recreation of one of terraria's most iconic bosses, Skeletron with poseable limbs (including individual fingers) and a moveable jaw. This set also features a portion of the dungeon itself where Skeletron will be stationed as well as other characters such as the guide, Old man/Clothier, and the player character as custom printed minifigures! This set came about in my mind when I was searching for the same exact idea I had and well... it didn't really exist! The set itself would be great because Skeletron is one of the most well-known bosses in the game but, it would also open up the idea of more Terraria LEGO sets in the future.