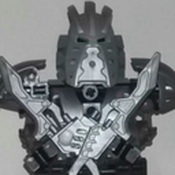 By biomak1040
25 comments
If you are a fan of LEGO and Ultraman this set is for you. This decorative statue of the iconic Japanese hero Ultraman is perfect for your collection. You can modify to any pose you prefer since both his arms, legs and neck are standard articulated. Also includes an extra set of hands with a clenched fist option. It includes a base where you can leave the figure, the base has a secret drawer that contains the Beta Capsule, the same device that Shin Hayata used to transform into Ultraman.
I mainly made this set because I am a big fan of tokusatsu in general and I want other people to know about the genre and who more representative of the genre than the same hero who helped shape it and I would like to see Ultraman's face in the box of some LEGO set on the shelves of the stores.
I think it should be an official set because it has a total of 1521 pieces in total in such a way that that way it is easier to produce, not to mention that in Japan he is a highly respected hero and while in this part of the world by the hand of the publisher Marvel Comics the comic book of "The rise of Ultraman" will be released, which could help to interest the American public in the character.