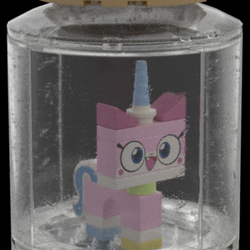 Steampunk has always been an exciting genre, but it hasn't seen much attention from LEGO (outside the LEGO movie of course.) so I was hoping to bring this exciting theme to life myself. The set includes two vehicles, the first an impressive and highly poseable mech robot with a cannon in one hand, and a gun in the other. The second vehicle is an armored car much like many that were used in the first half of the 20th century, which has been retrofitted with steampunk elements and dubbed, "The Outkeep"

The set would also include three steampunk minifigures, each with different steampunk weapons, and personality. These figures add another interesting element to the set as a whole, and provide a good start for those just starting a steampunk collection.

All in all, I feel that this set provides an interesting play scene, with much of the story left to anyone who buys the finished product, inspiring question such as, who is fighting who? What are they fighting over? Why are they fighting? Where are they? What jobs does everyone have? and most importantly, what can I build next?