Back to Mars: Outpost (modular extensions)

By MyBrick
11 comments
Please refer also to the main project Back to Mars - a classic space theme!


Each of the 3 sets of modules are standalone building blocks and can be connected to a hughe outpost which serves nearly all requirements to enable the terra forming and colonization process.

The spaceport offers a landing platform, controlled by a tower (with a lift system to reach the outlook) and supports a harrier spacecraft (cargo lifter variant). The fusion power plant generates additional energie beside the solar power moduls, because the greenhouse and production plant have got a higher demand compared to other buildings. The greenhouse is preparing plants before they are carried outside to the external hothouses. The preparation of the hothouses is done by a special tracked vehicle with a excavator shovel and a robot arm. The hothouses themself are maintained by humans and droids. 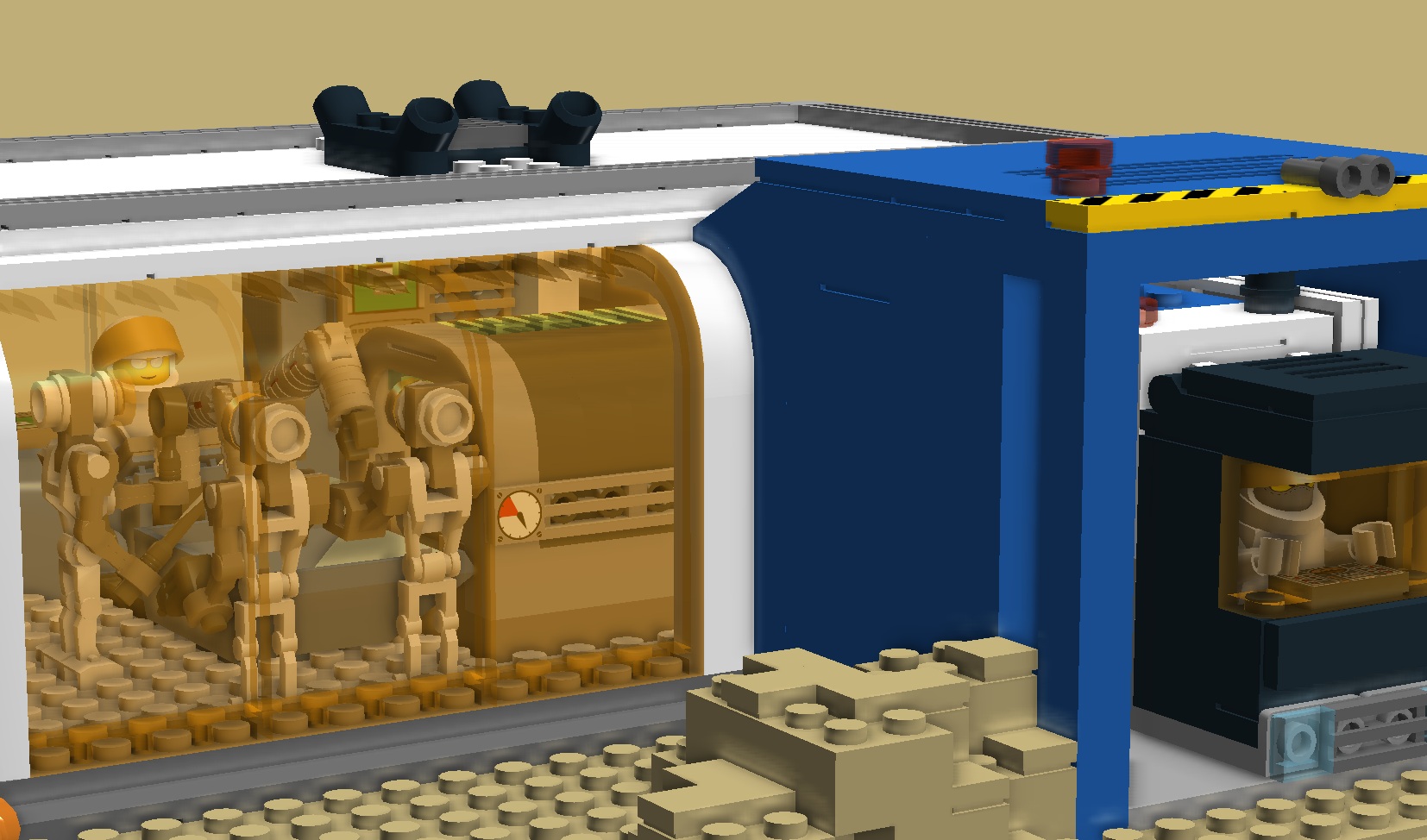 The plant remains on two modules: an office and an automated production line. The production line is based on a hughe tranformer and a fully automatic conveyor belt. The conveyor belt can by directly filled up externally through an air gate (a bigger version of the common air lock systems) by a delivery van.

[gimmick: the conveyor belt (part no. 92712) is powered by a Power Functions M-Motor and a battery pack, which is hidden in the building itself]

The plant is supported by a fleet of site vehicles:
- small bucket digger
- small bulldozer
- three-axle dump truck
- tank lorry
[The bucket dicker can be transformed to a crane and bulldozer to an excavator.] 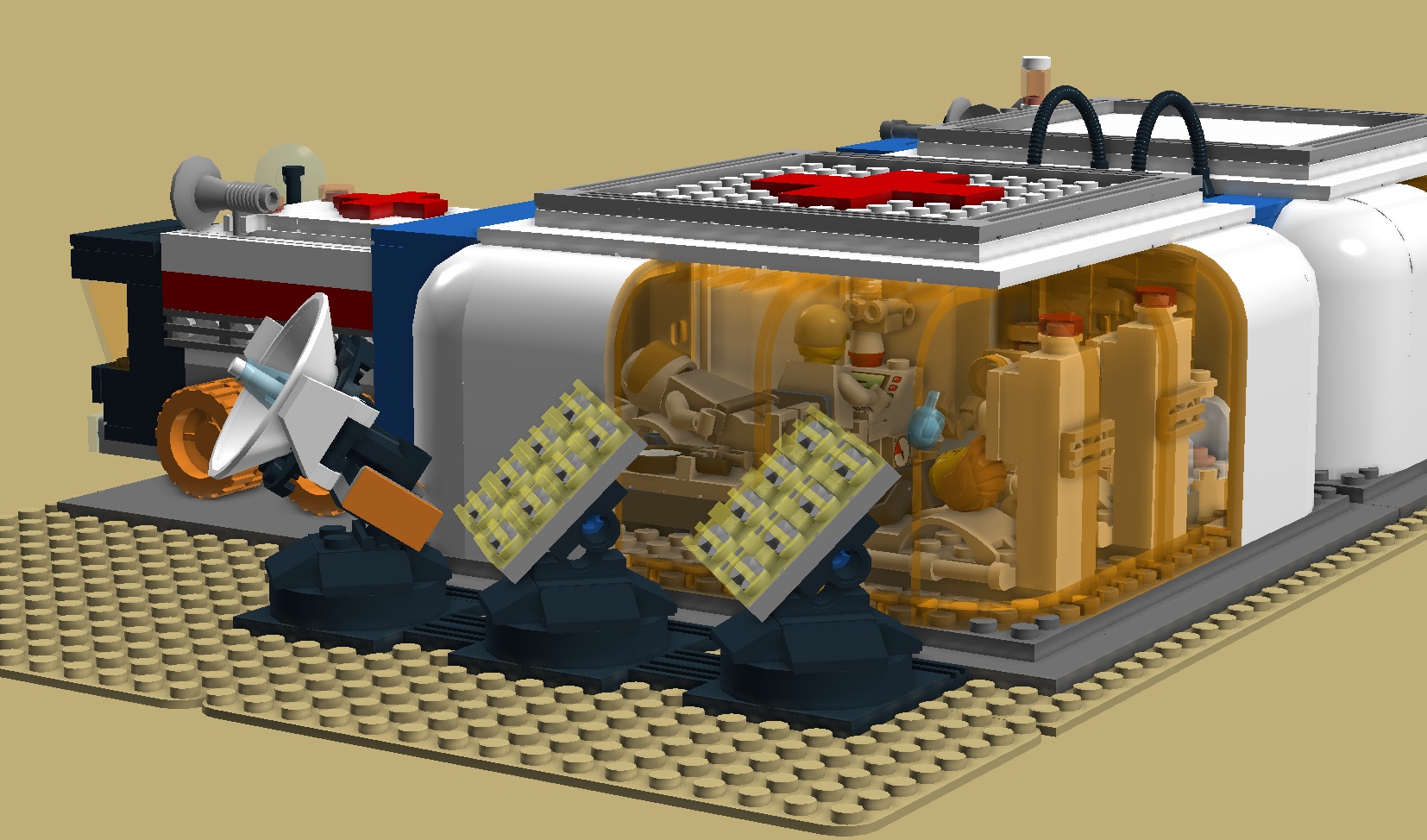 In case of an emergency an ambulance is taking the patient to the hospital. The sick person can directly be transfered through an air lock into the operation room. After the doc finished his analysis, bedsides and an operating table are available. 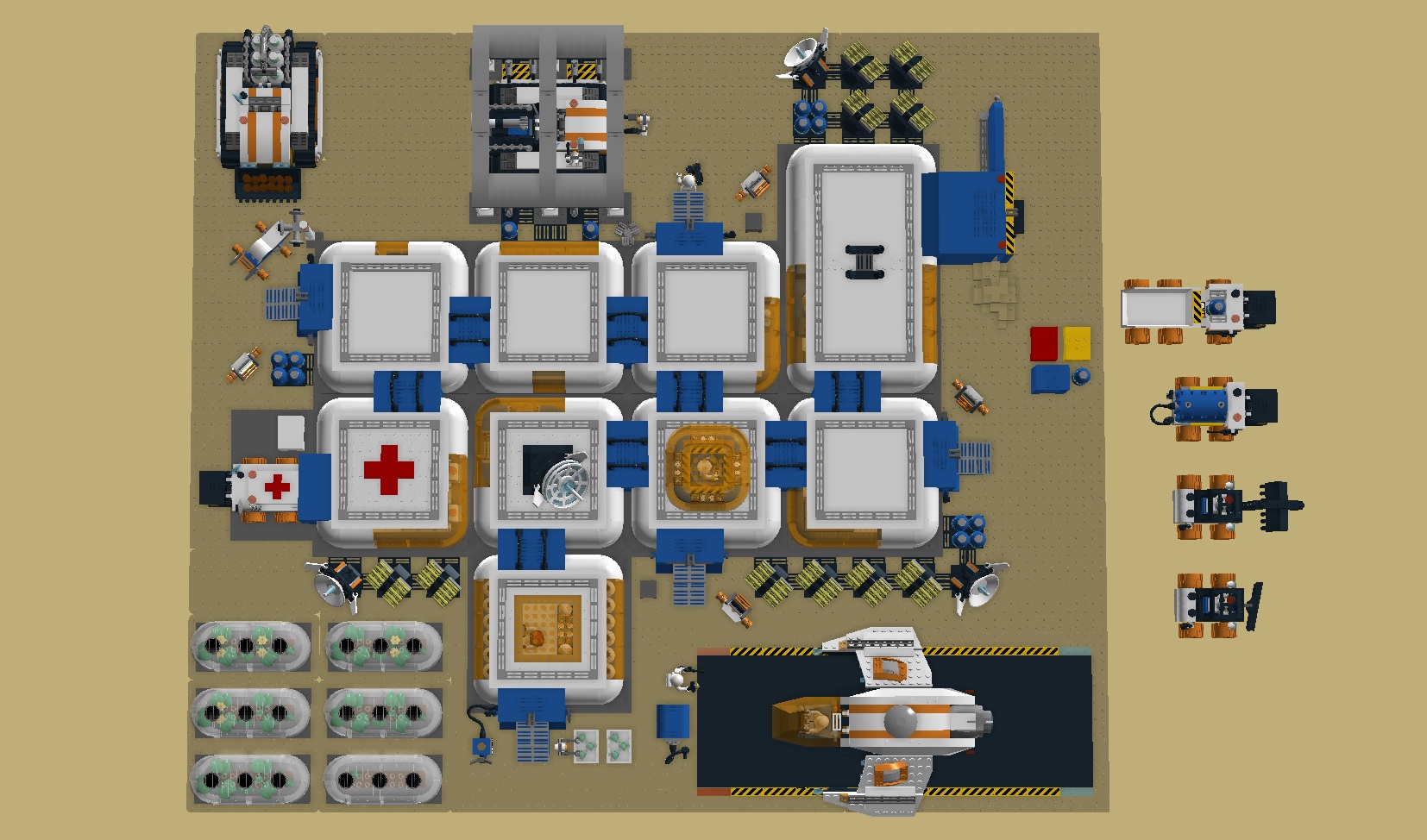 After all modules are active now, the outpost is a self-sustaining base on Mars of humans beings. Now it's the moment in time to start the colonization process...