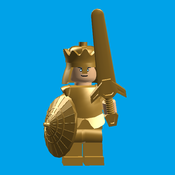 By saintflev
0 comments
The Travel Game-Box is 16x16 plate and 10 flat tiles high, about 465 pcs in total. and the true hight of it, is shown in compare with the minfig. it holds 7 games. ludo, chess, backgammon, 2person chinese chekkers, tic tac toe, checkers, nine men's morris. 3 dice´s. two of them is normal and 1 dice with the star and globe for ludo. the 16x16 plate with the chinese checkers pattern printet on it ( or drawn ) will be covered when building any of the other games. but if not, then its a 6 games travel box.
a great travel kit for the long drives with mom and dad brother or and sister. lots of fun in building the game and play it, also lots of bricks to build something of yr own imagination to play with when none of the others wants to play with you. 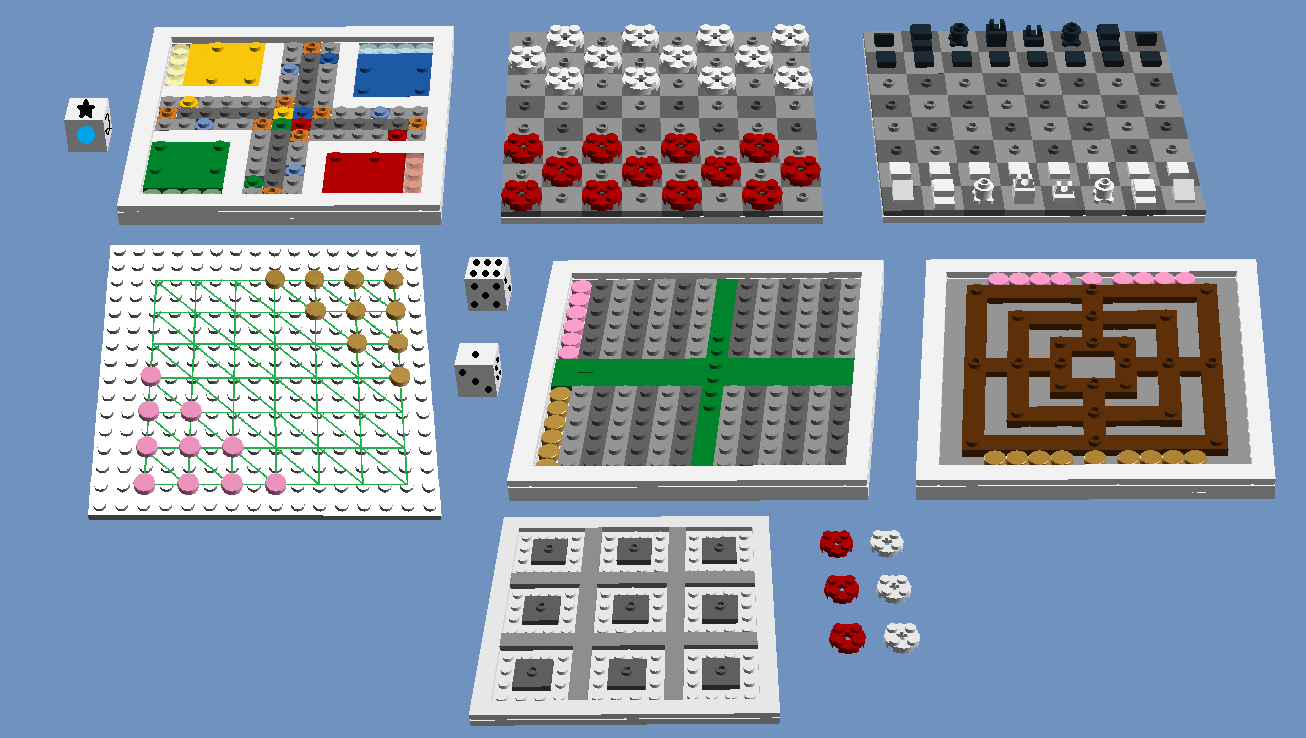 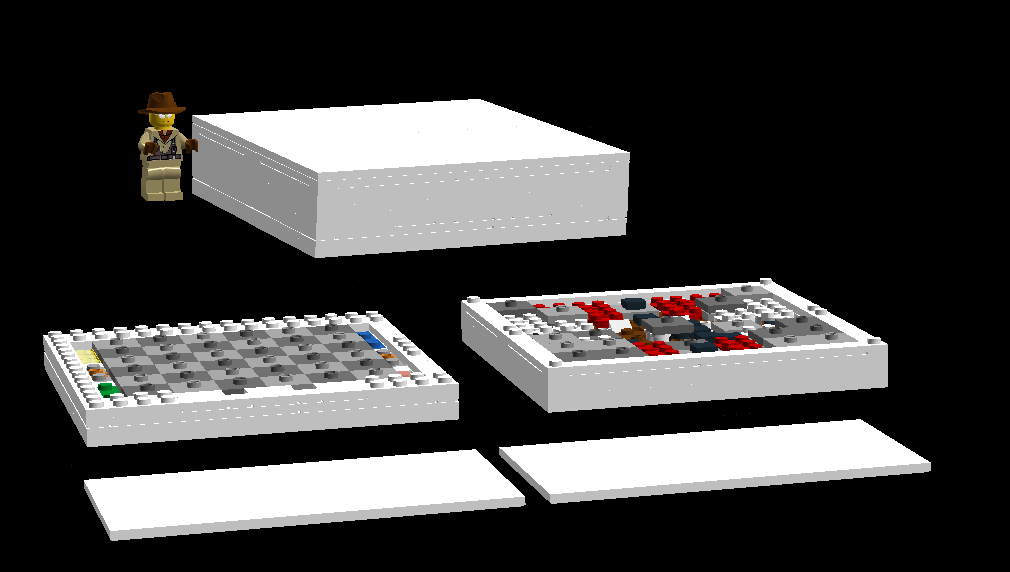 each of the 2 boxes have a 16x16 plate at their buttom, used for stabilizers in box, and as buttom plate for any of the games. 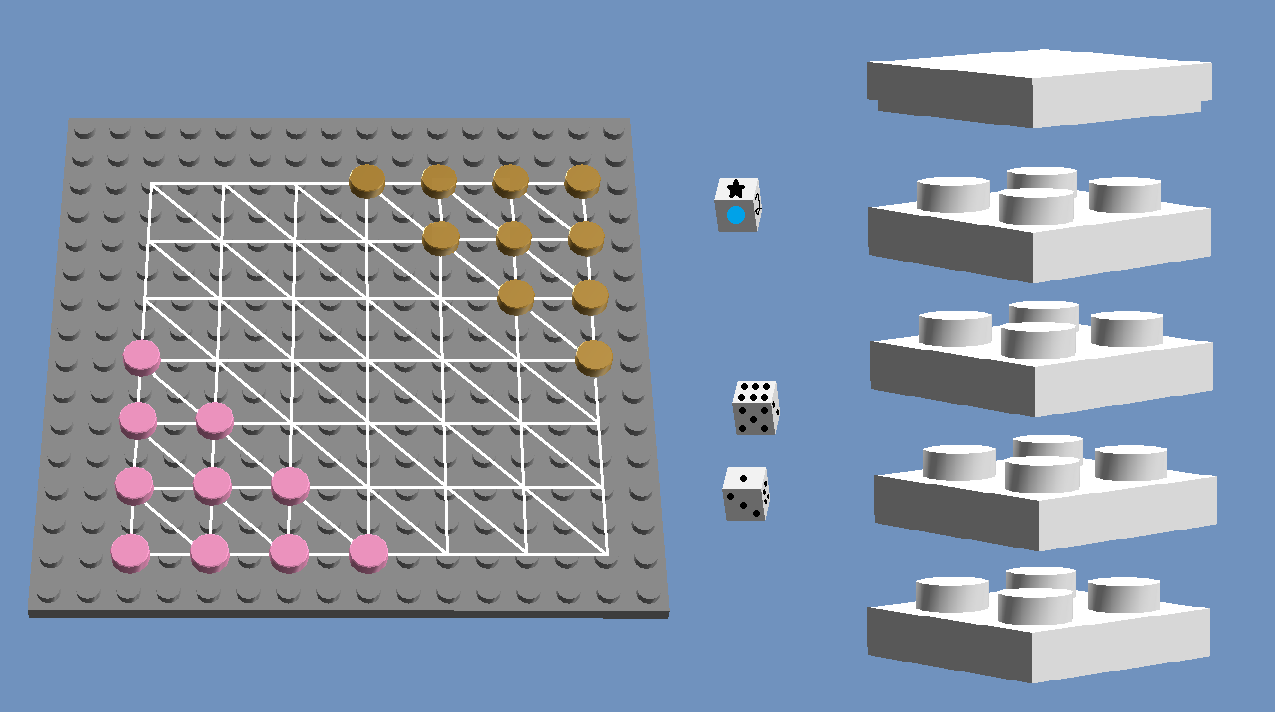 dices are made from four 2x2 plate and a 2x2 flat tile.
and the drawing on the plate for the 2 per. chinese checkers, can all be done
yourself with some sticky paper or a magic marker. if lego wont make them. the 16x16 plate is surpose to be white, but i changed color for better presentation. 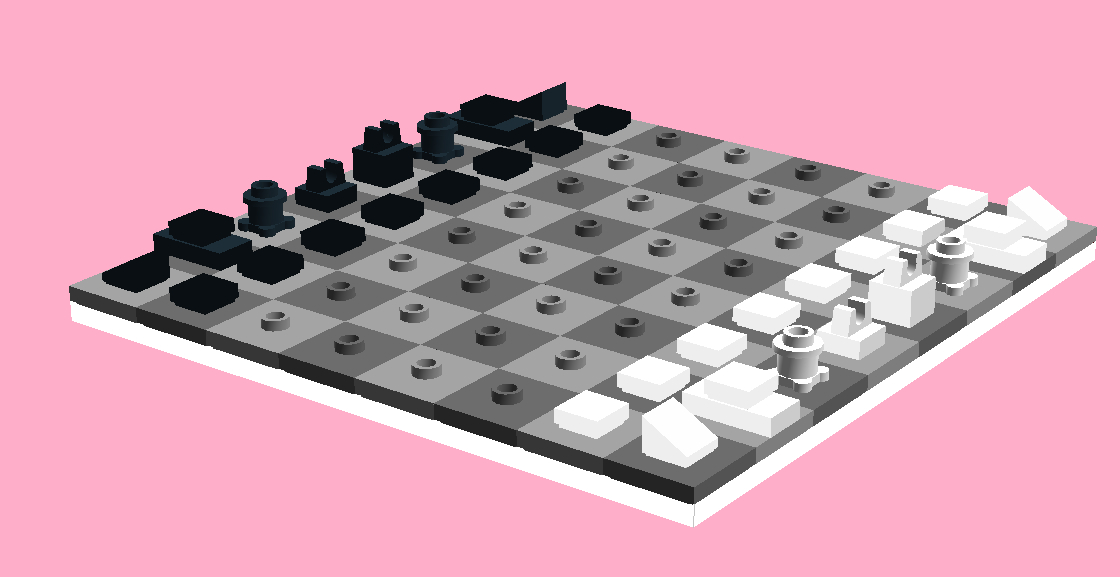