The Crossroads Of The Worlds 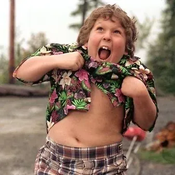 The crossroads of the worlds
The crossroads of the worlds is a set designed to be able to exhibit a masterful construction on a piece of furniture or a shelf. Built on a fragile balance, it takes you into a world populated by wizards, mages and "floating" lands.
But the crossroads of the worlds is not only a Lego set, it is also an exciting story that is told. The sailors run aground on the beach, losing all hope of leaving. Meanwhile, unknowingly, acts a powerful sorcerer who seems to delay time. Thus, the leaves of the trees remind us ofautumn. The two worlds are then "separated" by a thick layer of cloud.
A small stream takes its source below the magician's tower, then crosses the entire rock and flows to the sea. A bottle was thrown into the sea in the futile hope of calling for help.
On the beach side, the sailors built a small pontoon and an observatory. A fire keeps them warm, keeps the snakes away and a monkey swings at the lianas. The platform is supported by lianas, a few trees and the waterfall itself. The all gives a rather light effect as if the earth were "levitating" in the air.
As far as the solidity of the construction is concerned, it is true that it may seem fragile, but after many experiments, the construction is firmly attached.
The set consists of three characters: two sailors rescued on the beach and the powerful mage in his tower.
Why chooses this set?
These reasons are simples. It is a totally imaginary and fantastic construction and that it is unusual to find in a Lego set already marketed. It also allows you to dream bigger if you are younger, but it allows the older ones to escape into an exciting and unusual construction. So, wake up your child's soul or imagination and support this project without hesitation !!! :)