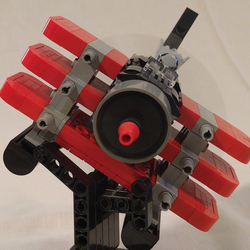 Toyota's MR2 was a mid-engined, rear wheel drive, two-seater sports coupe.  The first generation was manufactured from 1984 to 1989, and was equipped initially with the naturally aspirated 1.6 liter 4A-GE inline-four engine, making 112 horsepower.  The supercharged 4A-GZE was offered later in 1988, making 145 horsepower.  This, combined with a light chassis and Lotus-like handling, made the MR2 quite nimble. The MR2 was also affordable and fuel efficient.

The MR2 was well received in it's own time, and made the top ten lists for the 1980's for several automobile publications.  These classic cars can still be seen driving around, and are not hard to spot with their classic origami styling.

It was, and still is the driving enthusiasts economy car.