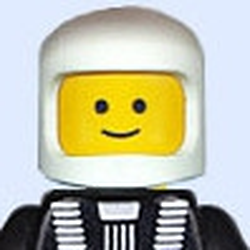 MarquisdeGeek
8
This is a fun take on the human body. Instead of making a piece for serious study, or a scary monster, I wanted to build something that reminded us all to play.
So, this model has articulated arms and legs that lets you pose the skeleton in many positions. Each arm has a ball-and-socket joint at the shoulder, and a hinge at each elbow. The skull has a hinge so make 'Adam' laugh, and each leg has three brick joints. He is entirely supported by the shoulders, so he can perform the splits!
This LEGO set would let you express your daily feelings, dance, or just wave at your neighbours!
(He's called "Adam" because there's a rib missing. It was unintentional. Originally there were 5 ribs on each side, but one got lost during the photo session!)
8