Domo and the Big Tree 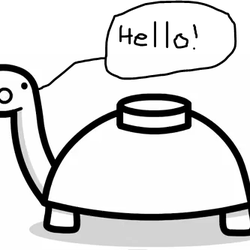 Domo is a lovable character seen in various forms. He is seen in animated shorts and even a TV show, known as Domo. He has captured the attention of people around the world and gained success in the form of plush toys, collectibles, and more. This particular LEGO set focuses on an episode of the TV show Domo -- episode 18, "A Big Tree." In this episode, Domo climbs a tall tree with the help of two of his animal friends, as well as two worms who reside in the tree.

This set would make a great display in any home, that can also be used as a play set for hours of fun. Coming in at 487 pieces, it would pose a slight challenge to those who build it, but not enough to limit the age group that this set would appeal to. Having multiple figures to play with on the tree, Domo and his two friends, as well as the two worms, people could continue to use the set after it's fully constructed. However, it can also work perfectly as a regular display piece. The tree is large and would be great to leave out for everybody to see along with Domo and the minifigure animals.

The worms (actually LEGO snake pieces) are supposed to go on the tree, but due to limitations of LEGO Digital Designer, I couldn't show this in the images.

All in all, this set would be a perfect addition to any collection, no matter who is building it. If you want to make this set a reality, be sure to hit support! Thank you!