Basically this set would feature an IFT-130X Saber-class fighter tank, which is the Republic's main land vehicle in the game, as well as a figure representing some of the classes. 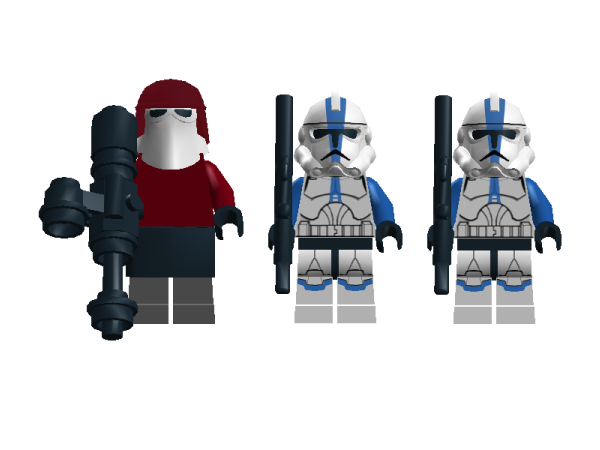 Unfortunately, some of the Republic figures would require new molds, so not all of them can be included. Instead I've opted for some regular troopers and a clone commander.