By MyBrick
9 comments
Please refer also to the main project Back to Mars - a classic space theme!

During the Mars explorations the mankind was in need to defense them against aliens quite often. After the aliens got stronger over time and the battle tougher every day, the humans developed a new vehicle type to withstand the not ending attacks: "Superiority" 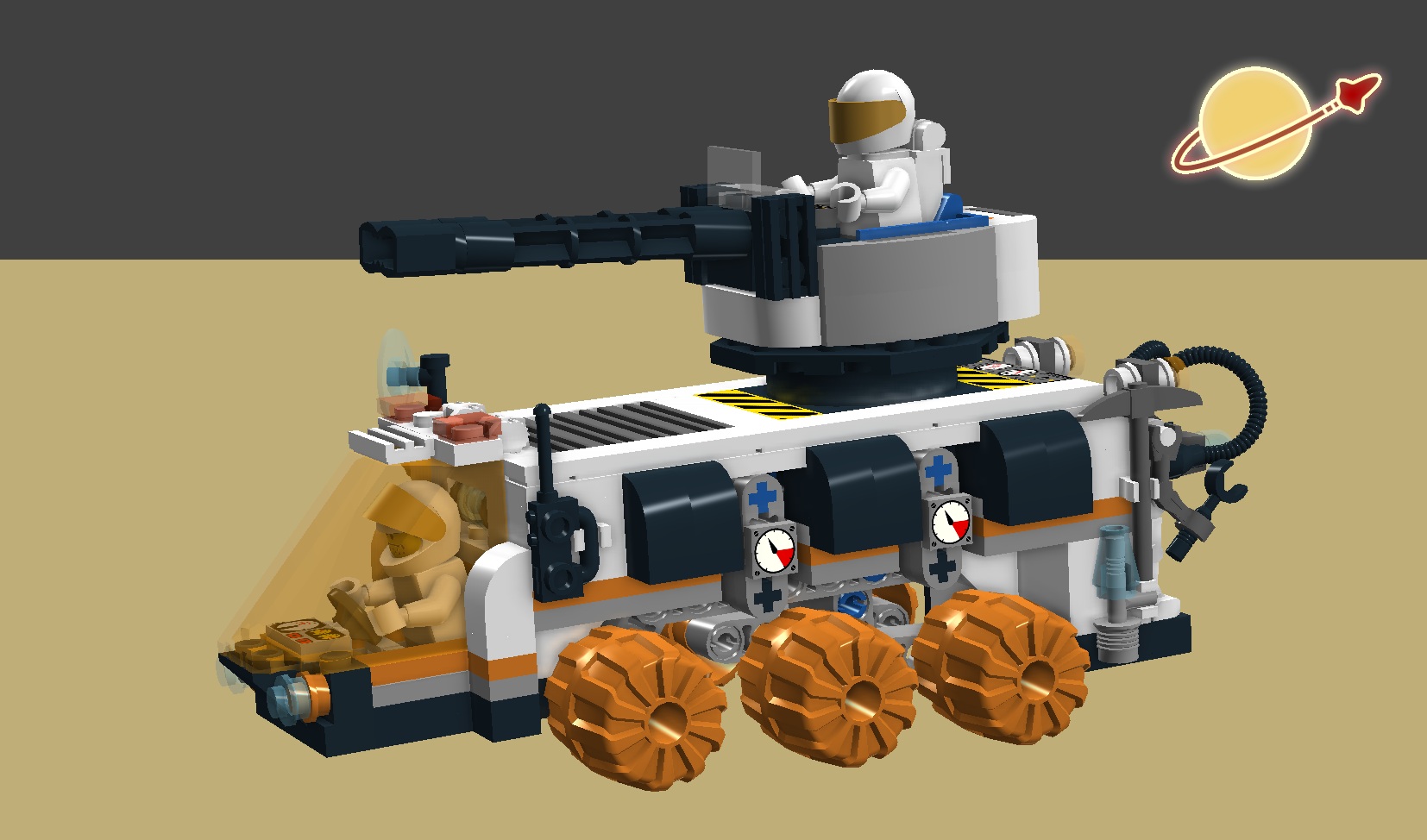 They constructed the railgun rover MP-502 "Superiority", making use of some of the latest technologies available on Earth:

- Rocker-bogie Suspension System
(like the chassis of Curiosity and Pathfinder missions)
http://en.wikipedia.org/wiki/Rocker-bogie

There are two other support systems available (MP-505 compatible):
- Combination of Laser Turret and Rocket Launcher (lesser power consumption)
- Communication Transmitter (to get in touch with the orbital space harbour)
- Both can be exchange with the railgun of the rover and the launcher of the dropship 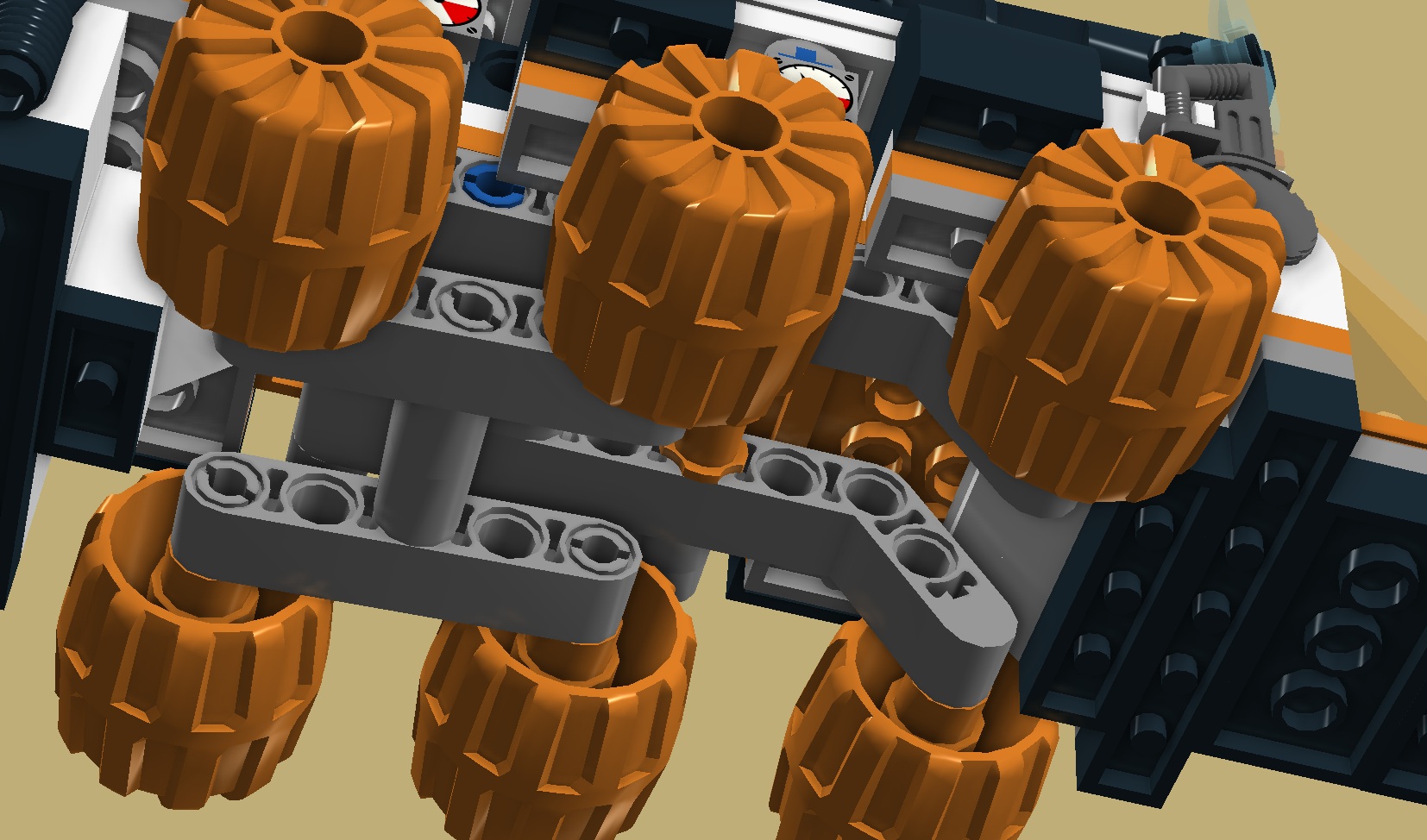 A rocker-bogie suspension system links the axles closer to each other ("rocker") getting a better traction compared to other systems. Each wheel has got its own drive-train to distribute the load between them ("bogie"). This enables of course a 6-WD system. 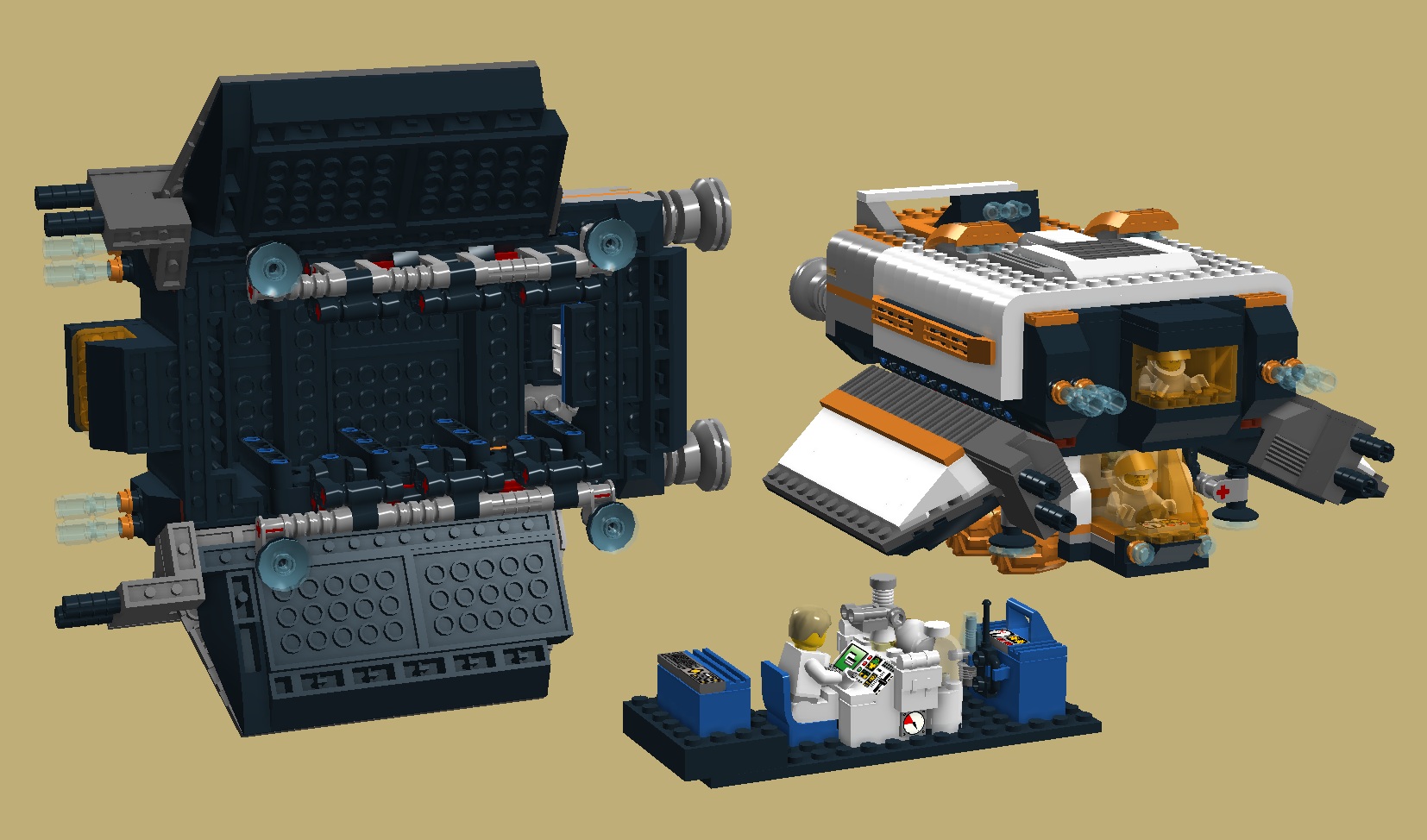 The rover has got its own heavy assault dropship which is capable to handle the weight. The dropship cannot only carry the rover from the space habour to the planet, it can also support it during comabt. The rover is linked by 6 clips to the ship and via pulling up the wings, the mechanism release it to the ground. The wings will flip back in position because of integarted dampers (works!). There is a spare seat for the gunner of the rover in the back of the dropship where he can access also the rocket launcher. Optionally the loading hatch can be closed with an extra cover plate which has got some additional interior on it (seats, controls and a lab for investigations of the rock for engineering purposes). 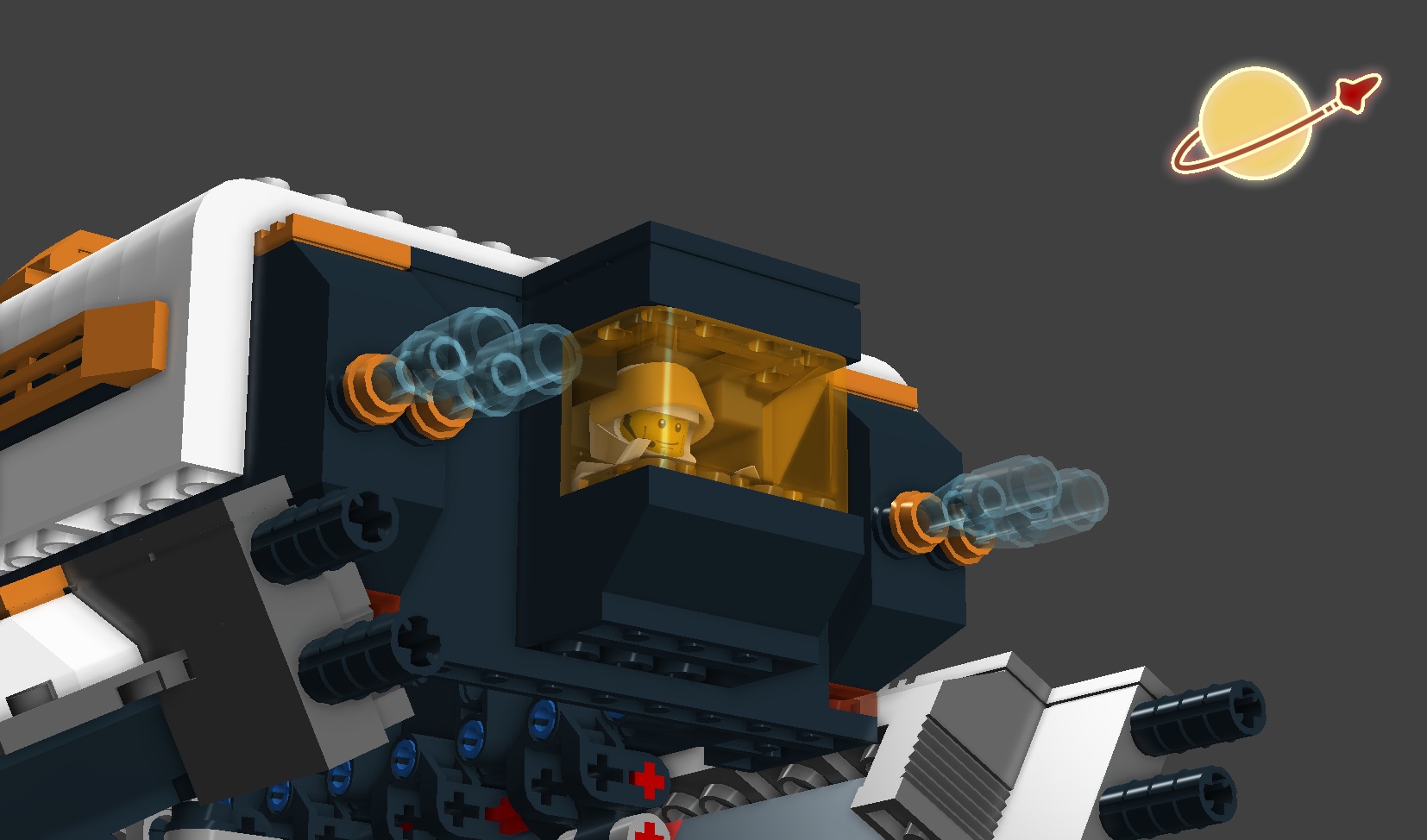 The coordination of rover and dropship is done by a small ground base which is guarded by an astronaut using a military variant of an exosuit. An exploration variant of it is also available, if needed. The exosuit has got its own supply platform with can be picked up by the dropship.

In tests of the railgun on Earth the projectile reached already Mach 10 (high kinetic energy), on Mars it should be 5x faster due to the atmosphere. In order to manage the high power consumption of the railgun and to drive the 6 wheels, the rover has got a huge, bulky and heavy power supply (nuclear fusion) which needs to be kept cool very well. Because of its size the needed space fills up nearly the complete body of the rover. To maintain and - if it would be necessary - repair this system two droids are supporting the astronauts while controlling the vehicle operations. The concept should help the humans to get on with their Mars exploration (a small drilling/sonar truck is available).