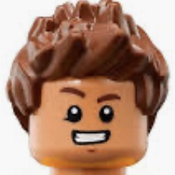 By Rowan Freemaker
43 comments
For my second product idea, I am proposing my build of the famous Pirates of the Caribbean; Curse of the Black Pearl scene, in which Captain Jack Sparrow arrives at Port Royal on his sinking dinghy boat. This build was inspired by the Jerry Buckheimer film, based on Walt Disney’s “pirates of the Caribbean“ ride in the Magic Kingdom. I am submitting this build as a product idea because I believe a scene so iconic deserves to be on LEGO shelves, and what better way to do it than in a mechanical scene?
This build is not only a table top display, it is mechanically powered by a single knob which allows Jack Sparrow’s boat to sink as it gets closer to the dock. In addition to the boat, this build features a dock and 3 separate designs on each side of the display, including treasure, a representation of Isla de Muerta, and an accurate Pirates of the Caribbean Logo. The back of the display can also be opened to show the inside of the build. This piece will easily fit on any desk, as it is very light and has the dimensions of 3x7.5 inches