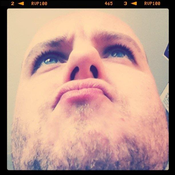 By Plumb
9 comments
UPDATE: So, a style tweak, range expansion, play sets, new name! As well as a refreshed set of blockhead bots, there's now a range of City themed micro bots to play with too.

The Theme:
What will LEGO City look like in a few decades time? Will our vehicles still be trundling along on wheels, or will we be riding on something all-together different?

This project has been a slow burner in that these mechs have been at various stages of development for about four years or so now. But the core idea has always been the same; why do robots always have to carry guns? What about imagining a more wholesome future where robots are our friends and are used for productive purposes in society? I've called the project a few things over the years, but LEGO City 2080 is what I should have been calling it all along!

I hope you love them as much as I do. 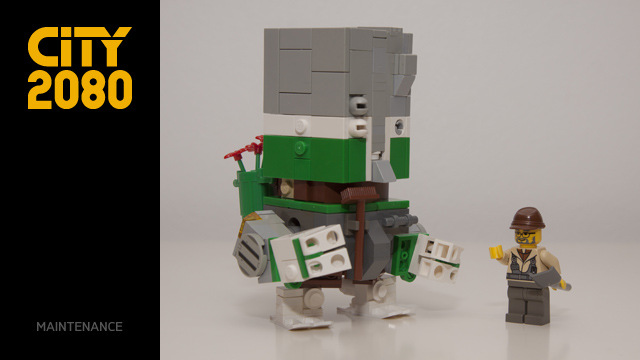 Civic Maintenance unit. Street sweepers always get overlooked, don't they? This unit comes with a pair of trash bins mounted on articulating arms for easy access! 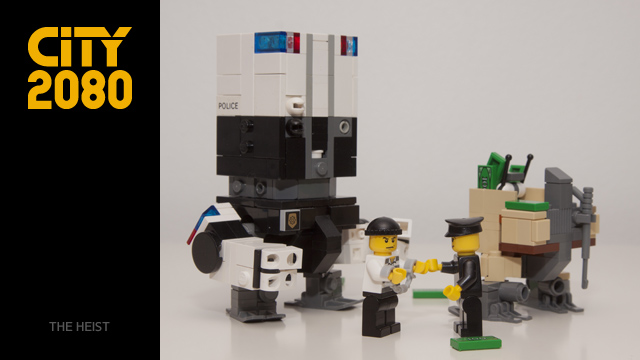 The Heist play-set, includes a heavy police unit and a getaway hopper! 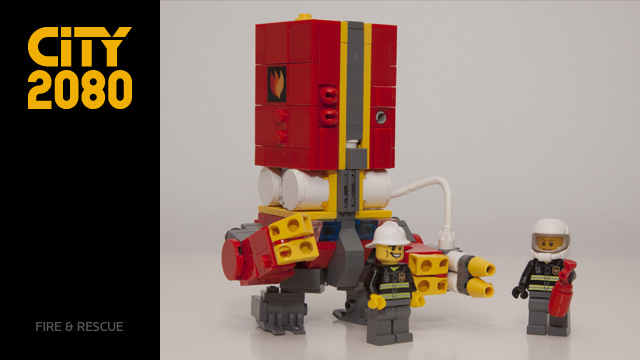 Fire & Rescue unit, packs its own water supply and comes with a spare water cannon and hose stowed on its back! 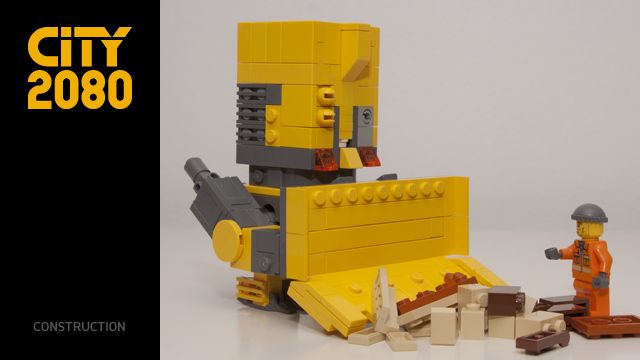 Here's what The Brothers Brick said about these MOCs back in July 2011 "I can only hope that the construction equipment of the future will resemble these adorable robots by Paul Evans. These things are covered in details to love. The face offers us a tiny grin, and fascinating asymmetrical eyes. The exhaust stack built into the back of an arm looks nice, and harkens to present day construction equipment. Meanwhile, the bulldozer blade is just that, a perfect example of a brick-built blade, rather than one of the many prefab options out there." - http://www.brothers-brick.com/2011/07/15/the-future-of-construction/