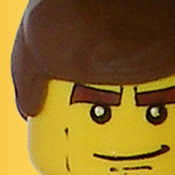 This series is based on several rooms which you can put together, so if you have all sets, you'll have a big house for playing! Each room is based on a 16X16 baseplate and ech of them includes 2 minifigures and nice details. Lego doesn't have to make new parts for this set. 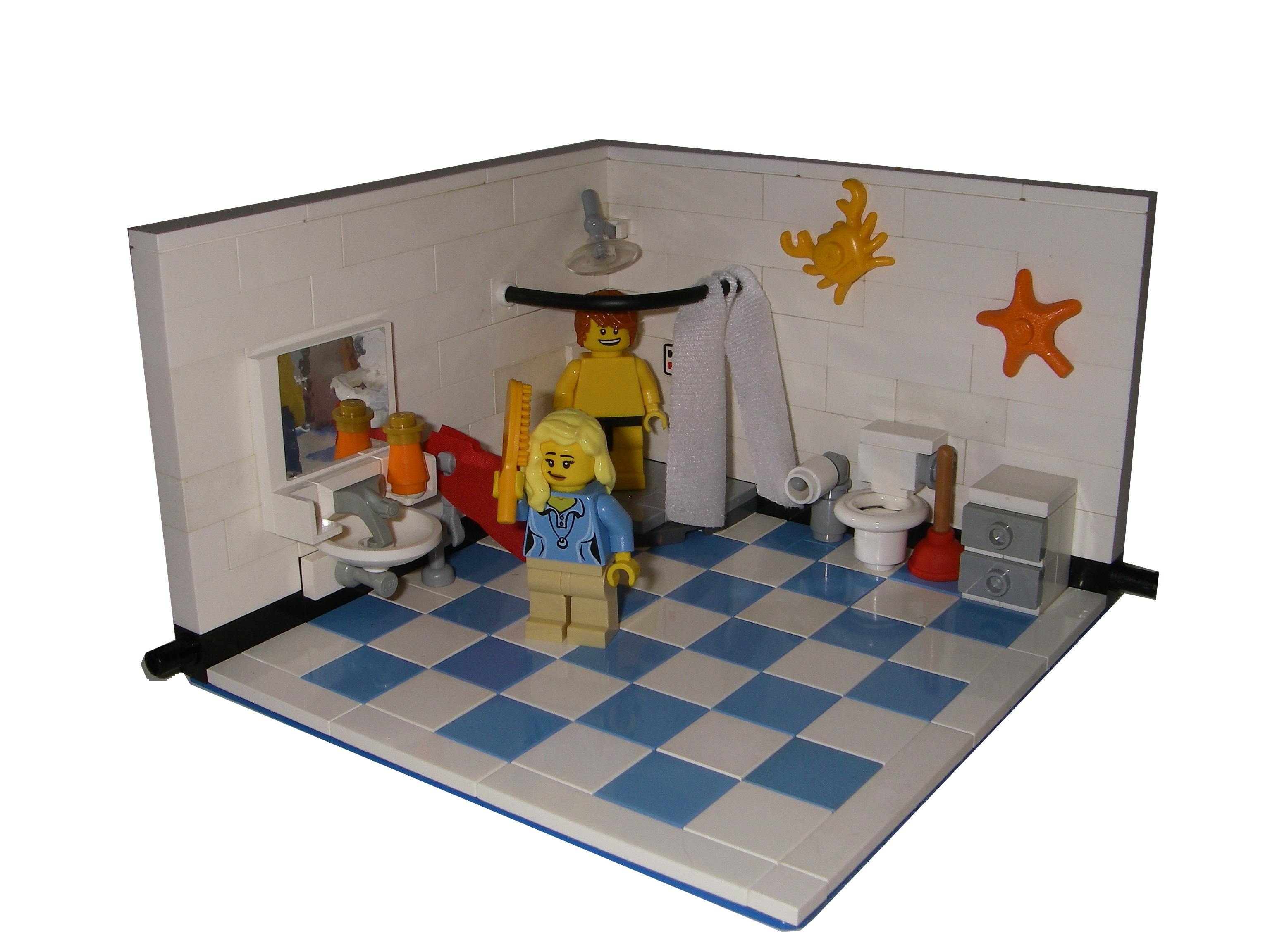 This one was created as a 100 supporters-special. It includes a shower, a sink, a toilet and some very nice bathroom accessoires. And certainly two minifigs: a boy who only wears a pair of underpants and a girl with a brush. 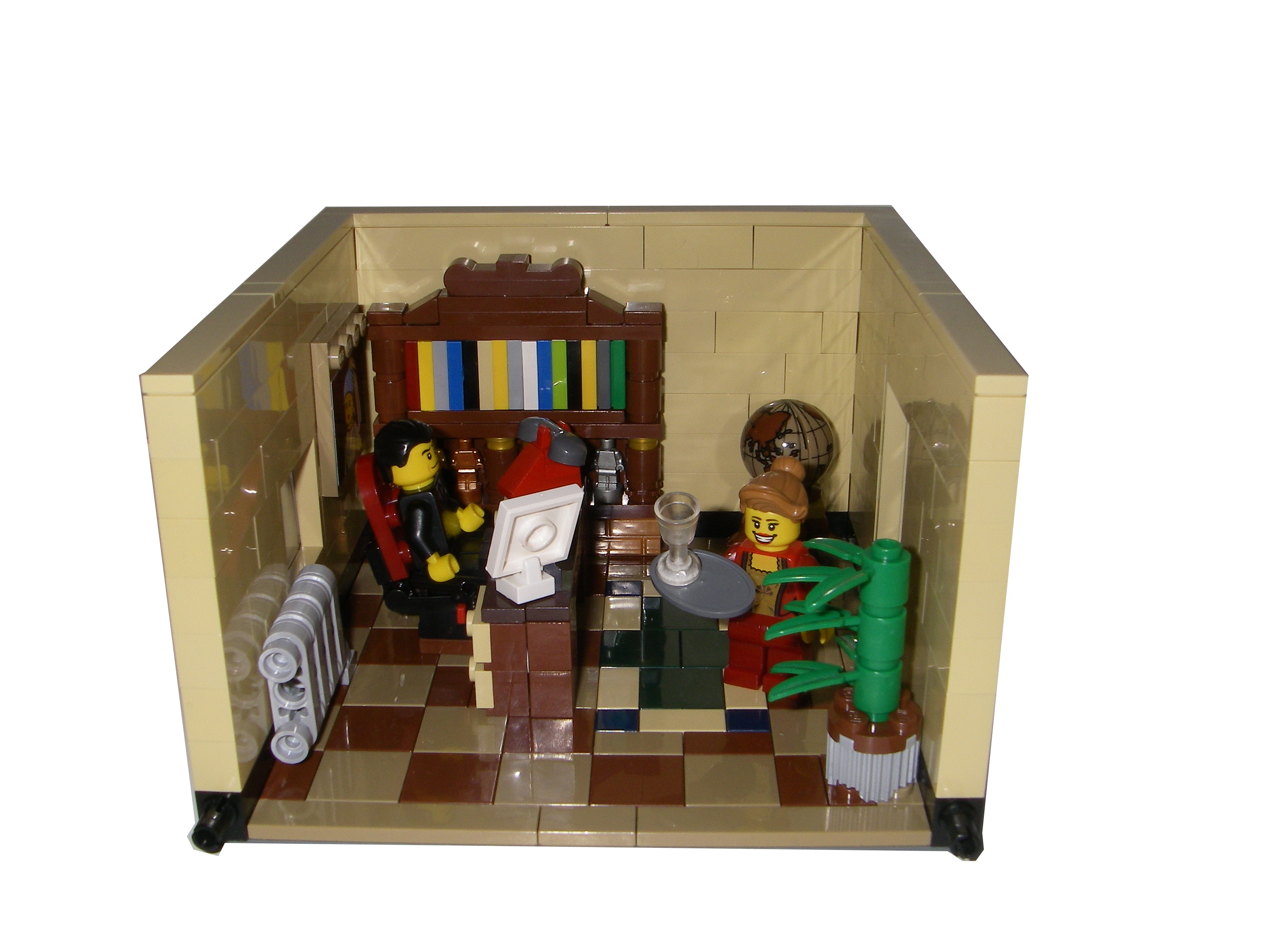 This one was created as a 100 supporters-special. This room includes a desk, a bookshelf, a plant, a radiator, a globe, a picture and of course lots of accessoires. The two minifigs in this room are: a bussinessman and his secretary.
On top of the bookshelf are brown minifigure legs. 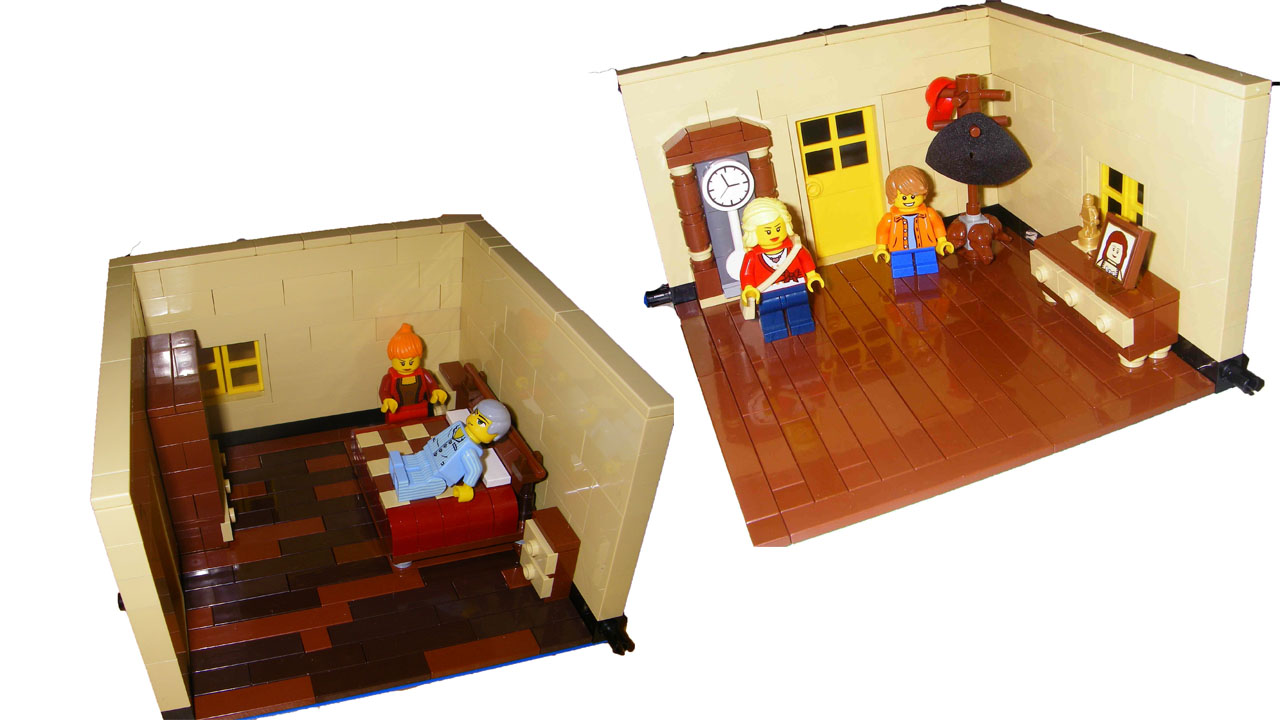 Modular 3 and 4: bedroom and hall

Bedroom: The bed is just like the one from the set "10193 Medieval Market". A closer picture from the wardrobe can be found here: Flickr

Hall: This room is one of the 3 edge rooms. For the coat hook I used the brown frogs from the Lego Game "Frog Rush". 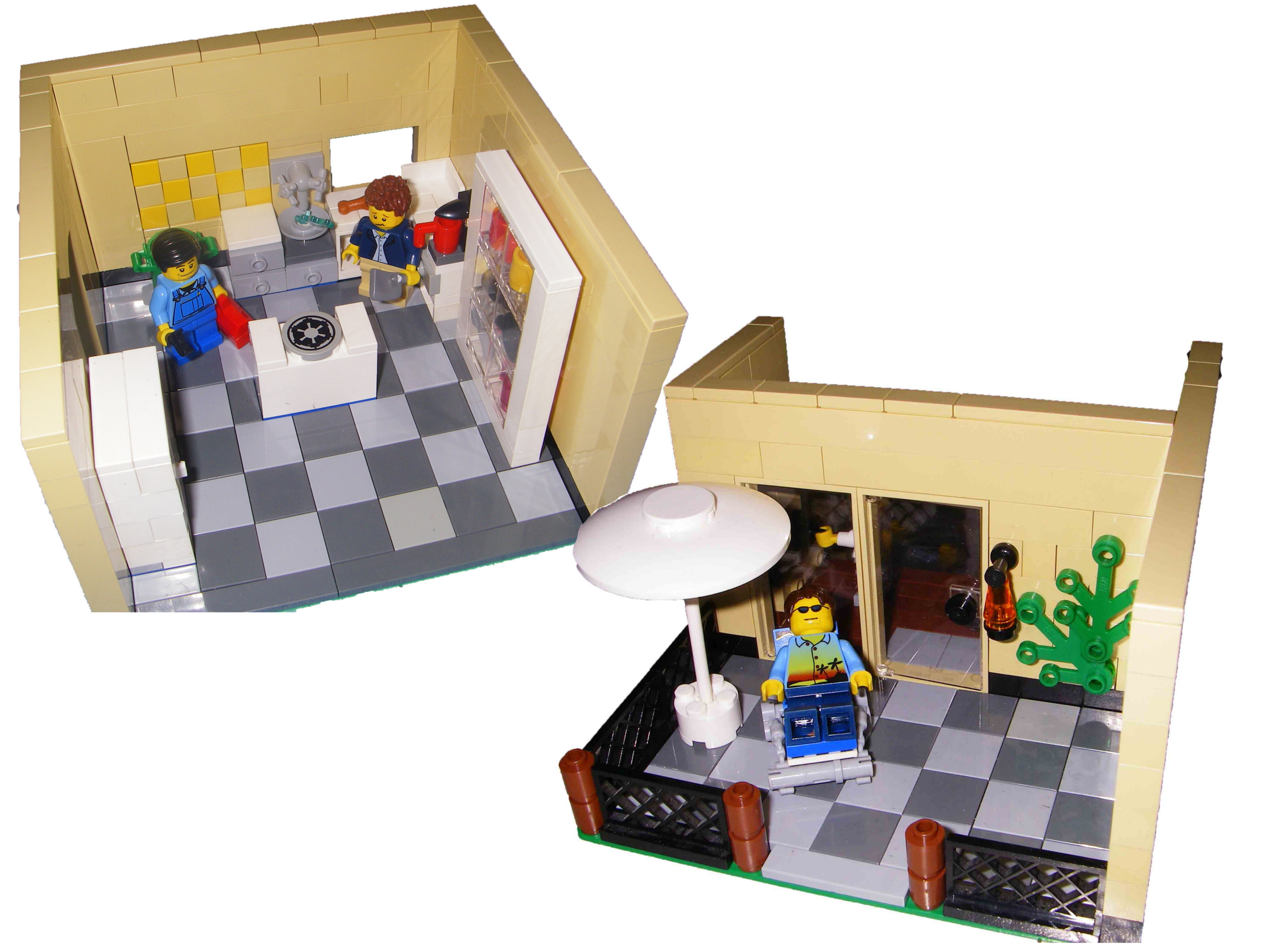 Modular 2 and 5: kitchen and terrace

The two modulars have the same floor structure and colours.