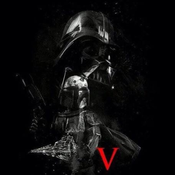 My first attempt at a star wars themed set. Here we have the Jedi temple, it features four floors representing key areas of the temple as featured in the prequel films as well as Star Wars The Clone Wars. floor one is the main entrance featuring statues dedicated to The Jedi Masters of old. Floor two represents the Jedi Archives complete with Holocron in the center, viewing terminal, and holo projector. Floor three consists of a control center for the temple as well as a grand hallway. I will admit in this area I took the build for the computer consoles from the one featured in the avengers tower and changed a few things about it. And last but not least the top floor represents the Jedi Council Chamber featuring four rotating seats. The two sides of the temple do fold for easy storage and as you can see I tried to really capture the look and feel of the Jedi temple. All in all I'm very happy with the way it turned out. Much of the design for this project came from sets such as the Avengers Tower as well as others I've collected over the years.