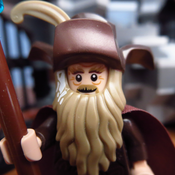 Please Support and tell your friends!

This is a vehicle I built a while ago and rebuilt for LEGO Ideas. I named it the Jackknife because, well, it looks like a jackknife on wheels. It has everything necessary for a mad scientist planning to take over a LEGO city, including a Hero Factory gun, a circular saw, a crowbar, a sword, a bugle, and a LEGO favorite, flick missiles.

A few features of interest are the glow-in-the-dark headlights and hot rod engine, both from LEGO Racers, as well as a roll cage.

Minifigures: I haven't ever been entirely satisfied with the driver; the LEGO Studios Mad Scientist would be perfect, but I don't have that set. That could be added in the unlikely event that this becomes an official LEGO Ideas set.

It only takes a few clicks to support!