By Sleeper
0 comments
Hello, ladies and gentleman out there.

As Wookieepedia says: "A relatively short-but-bulky fighter, the Crossfire had a shorter length than previous Incom designed fighters (...). The back S-foil could rotate, folding away for landing and dropping down for combat to form a cross-shaped configuration (...). the cockpit module was big enough for two beings, with a second seat facing the modules rearward for an optional gunner, who would control the rear-mounted laser cannons, in a configuration similar to the Snowspeeders the Rebel Alliance used on Hoth. (...)."


This creation has rotable s-foils, which can be locked in the right positions, a rear mounted duallaser cannon, landinggear and enough space for 2 minifigs. A pilot, and a gunner. 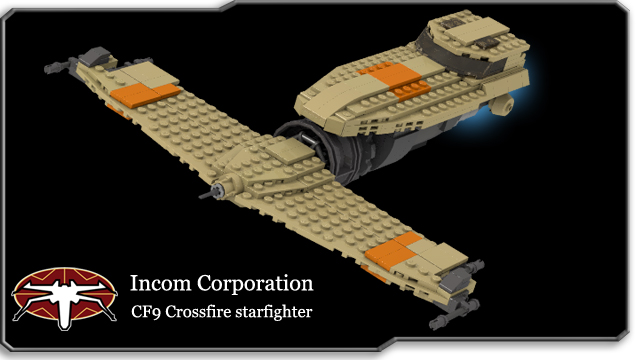 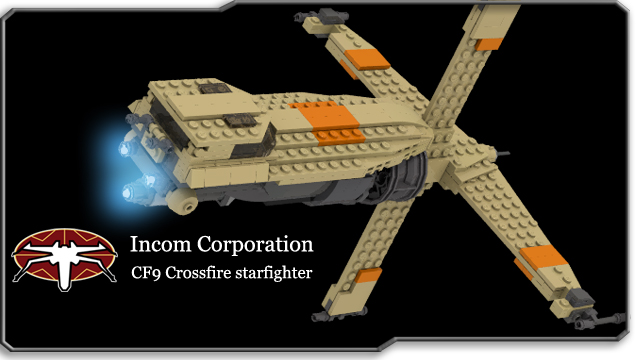 If you want to build your own "Galactic Alliance Navy", this would be an great addition too:
One of my other projects: X83 TwinTail Starfighter
And another of my projects: E-Wing Escort Starfighter

And as an perfect counterpart: cornwaille's TIE Predator