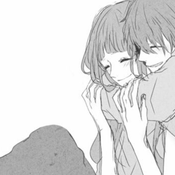 The Biltmore High School Prom is a year that all the seniors get together for one last time before they graduate the following week.  This is a big night for Sally to join the dance with Anthony.  However, Katie Blossom wants to destroy Sally's dreams by taking Sally's prom date.  This is one big night that nobody wants to be ruined for anybody!

The Tale of Sally Cooper is about a shy and sensitive girl who is trying to fit into the crowd at school.  During her school year, she meets two best friends named Betty and Laura.  Sally, the main character, has a crush on a boy named Anthony, who is kind and protective and is in a boy band.  He has two best friends named Derek and Timmy.  Katie Blossom is a type of girl who wants to get her own way.  She will accomplish herself by mainly taking Anthony away from Sally.  As the big night approaches, everyone is asking their friends to go to the prom with them.  When Sally was asked out by Anthony, she felt super happy and nervous at the same time.  For Anthony, he felt very grateful that he asked Sally to go to the prom with him.

As you can see, the backdrop for the prom is set as a nighttime scene with glow-in-the-dark pieces, as well as the moon itself.  The backdrop also contains a chandelier that is held by a stick from behind.  In the middle of the backdrop, we see the DJ and his turntable to play the class's favorite songs from over the years.

The set contains four tables, eight chairs, and nine minifigures.  The main play feature for this set is the dance floor itself.  There are four gears sticking out on three sides of this set, all controlling a different dance spot.  When you turn one of those gears, one of the dance spots will spin around.  This will make the minifigures dance with each other as they please.

In the third picture that is shown, there are a list of nine minifigures.  They are, in order, from left to right:  the DJ, Timmy, Derek, Anthony, Sally, Rose (Derek's prom date), Katie, Betty (Timmy's prom date), and Laura.

Please support this idea; it would mean a lot to us. We hope you enjoyed this project as much as 1P_Projects and I did in putting this together!