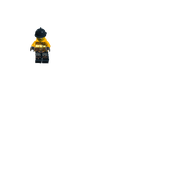 This is my new idea called Pretzel King Snack Shack, it has a total of 548 bricsk and pieces. Here is a desciption of what is inside my idea. I first started out with green grass for a base, then i put in gray cement on top of it, i then started making a brown ordering countetop with two different colored cupboards and two cashdraws,  two order sales computers, two credit readers, two keyboards,  two order taker employees with paper hats,two order number printers, two order number tickets on top of the printers,  i have next to the order counter you counter that is white where the food is being heated and made and where you can pick it up at your convience, on the top of the white pickup counter i have a gray cinnamon container, a white salt container, silver, a black number computer that tells what number the cook/ pickup person is on, a cook/pickup person, a silver food tray, a pretzel heater/rotating food turn table with two clear doors, a brown pretzel cooking on the end, there are customers in the snack shack as well.

On the Left hand side i have 4 chairs, 4 tables, 4 clear glass windows, on the right hand side i put in different places four clear glass windows, i have a condiment table with yellow mustard bottle, clear vinegar mini bottle with stop, and a white salt shaker. Next to that i have a brown recycle bin to put the recycles into, next to that a table with box to put the silver food trays into,

I have put two side door frames and doors so that people can go out side when it is nice to do so, there you would find 4 tables with four umbrella sticks, four different colored umbrellas on the sticks, 8 chairs.

On the front inside the Pretzel King Snack Shack you have another recycle bing to put recyclables into and another table with box to put the silver food tray into.  On the Outside you have two front door frames with doors, a copper colored roof, a white sign, a gold letter P and a gold crown that is supposed to stand for king.

I have always wanted to build a Pretzel snack shop before and lego has all the parts except the pretzel rotating cooker/heater and that is what i added to this great fantastic fun looking idea, i had in mind what i wanted it to look like but finally i decided to make my own. If you like this Pretzel King Snack Shack idea please be sure to tell your family and friends about it! Also feel free to pass it along to other people you know and thanks. Have a great day! Thank you for coming to the Pretzel King Snack Shack we hope to see you soon!