The Adventures of Tintin: The Miniature Idea 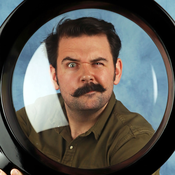 “The renowned reporter and his inseparable side-kick Snowy have surrendered nothing of their timeless appeal. Reprinted and published in ever greater numbers, the books are a source of inspiration for artists, writers, producers, and directors. Tintin personifies all of the universal values that are a mirror to everyone's own aspirations. Eternally youthful, the indefatigable reporter continues to conquer the world with unflagging, never-failing vitality.”  tintin.com

The young reporter and his dog have traveled the globe on the case of lost treasures, uncovered sinister plots and exposed organised gangs, always on the hunt for a great story, accompanied by an ensemble cast of unlikely companions and hangers-on; like the absent-minded intellect Cuthbert Calculus, or the feisty Sea captain, Captain Haddock.

The bold, clean colours and crisp styling of Herge’s artwork, and Tintin’s passion for discovery would blend seamlessly with the LEGO brand and colour palette. And with a great library of adventures, characters and treasures to be explored, the brand could be expanded into the must have companion to the books. A set featuring Tintin and his ensemble would also be a great way to introduce a new generation to the world of ‘The Adventures of Tintin’ books. And maybe get a few of the older fans to dig out and enjoy their collection all over again!

Learn about each of Tintin adventures here!

The 1929 creation by cartoonist Georges Prosper Remi known by the pen name Hergé has sold more than 230 million books worldwide, and translated into more than 70 different languages. Tintin has proven he has international appeal, including with famous fans like director Steven Spielberg, Pop-Artist Andy Warhol and musician David Bowie. Tintin’s escapades have traversed many different genres; mystery, crime thriller,  comedy, science-fiction, fantasy, pulp-fiction, they can all be found in Hergé’s novels, as well as capturing the zeitgeist during some the twentieth Century’s most defining events.

This set feature two vehicles, Tintin’s Motorcycle with detachable sidecar in a fetching Dark Azure colour, a bike which has been seen in different incarnations on both page and screen, and is perfect for chasing Villains or racing from Thugs. Also included is Thomson and Thompson’s unreliable Citroen 2CV first seen in The Red Sea Sharks, scaled down fit the streets of your LEGO City!

This set also includes a range of accessories and treasures to set Tintin up for exciting new adventures, and relics to relive some of his greatest stories. Of course, this can be expanded using you own LEGO collection to create brand new episodes of Tintin’s investigative career.

Check out my Flickr, which will have more images of this set, more characters and further possible sets, all in higher resolutions as they arrive.
If you liked this project, Thank You! Be sure to tell your friends about it. Why not follow me on Twitter? You can also tweet about it and 'Like' it on Facebook using the links under the 'SUPPORT' button.
If you have a blog or website and you've featured this idea on it, be sure to let me know, and I’ll feature it on the latest updates to this project.

If there are any comments, question, queries or your own ideas about this set, be sure to post them in the comments section and I'll try to respond to as many as I can. Also if you know of anywhere that I can promote this project please do let me know.

I also have other projects currently on LEGO Ideas that most definitely need support, please do take a look;
Doctor Who: An Unearthly Child
Narrow Gauge Steam Engine (expired)
LEGO Architecture - The Angel of the North (expired)