The Chronicles of Narnia: The Dawn Treader 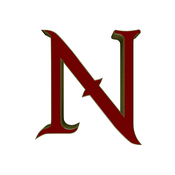 Date: 2-18-14
-New Project Guidelines/Rules-
Due to the new LEGO Cuusoo Project Guidelines and House Rules update, I’ve had to split my Narnia Project up. I have to make each set its own separate project.
-Style-
My sets are all built from the movies (the new ones by Walt Disney Enterprises and Twentieth Century Entertainment). I really liked DagsBrick’s idea of taking it from the book. But I lack the vision to go and think of all the different sets.
Check out his/her projects HERE.
I have taken some inspiration from their project though. I’ve also gotten tips and ideas from Skywalker89. My favorite was the paneled glass door painted brown for the wardrobe door.
Check out his/her projects HERE there are several of them.
-Characters-
Almost all the characters would require new decorations or decals. Some of the Lord of the Rings/ the Hobbit Torsos could be used for Telmarines. And there’s some heads that are close, they’d just need to be made flesh colored. I’m learning GIMP (Image Editing Software like Paint, only better, or Photoshop, only not as good and free). After I get good at that I’ll try some designs. I have a three-ring binder full of around 130 hand drawn Minifigures that I started in 2007. I’ve also received some beautiful designs from Skywalker89. He/she seems to do an excellent job designing those. HUGE Thank-You Skywalker89!
-Sets-
Most of my sets are from Prince Caspian, but I’m moving into all of them gradually. They’re all built with LEGO Digital Designer (Available HERE), and I’ve gotten the Main Image rendered by Wipeoutzone. HUGE Thank-You Wipeoutzone!
Check out his/her projects HERE.
Please Comment. I Love Feedback! If you support me and tell me in the comments I’ll support at least one of your projects. Enjoy!
-The Set-
-----This is obviously the Dawn Treader from The Voyage of the Dawn Treader movie. It is the home-base for the Narnians as they travel to the edge of the world. One could decide for himself which characters would come with this set, though I for one really like skywalker89's list and picture of the proposed minifigures. Check it out HERE-----
-----You can find my other Narnia Project HERE----- 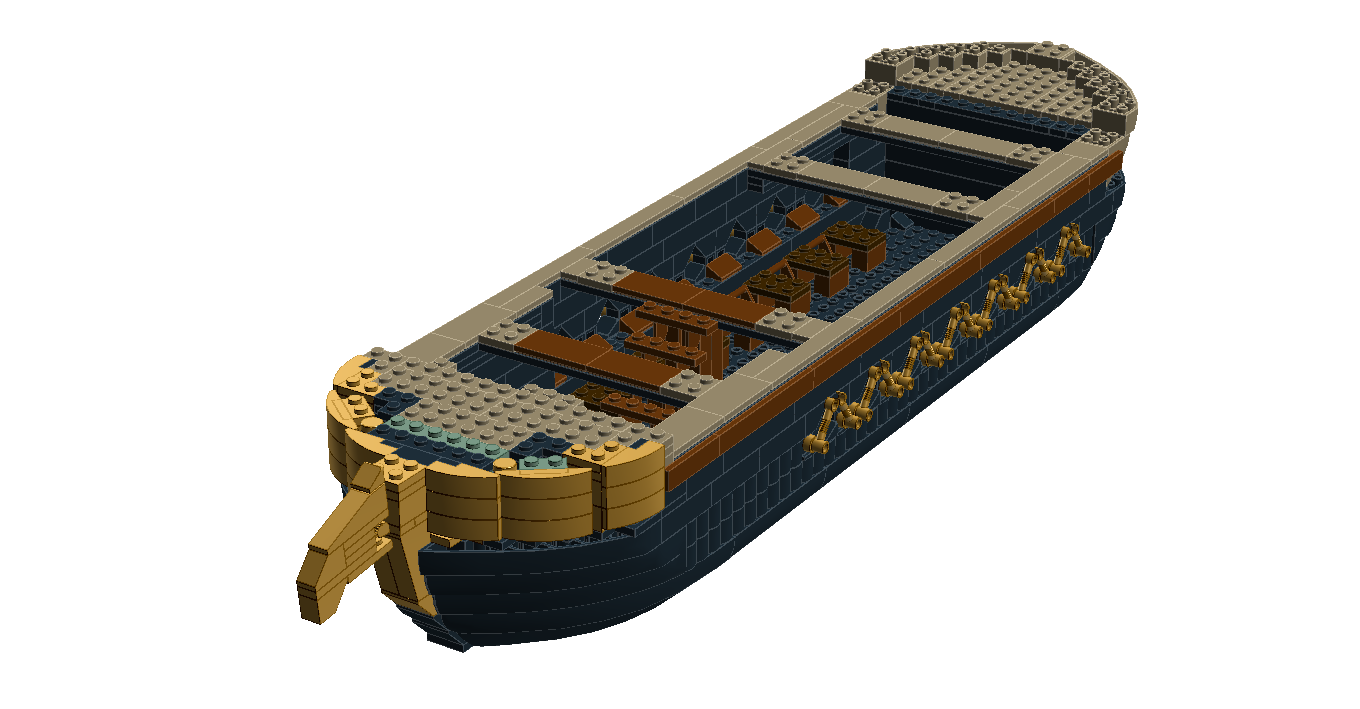 -The Hull-
-----This is the Hull of the Ship. As you may be able to see, I've made the top removable; though I'm not positive it works entirely smooth. It is movie accurate. I counted the oar holes and decoration details and looked at multiple pictures of the ship (the outside at least, the inside might be lacking some).----- 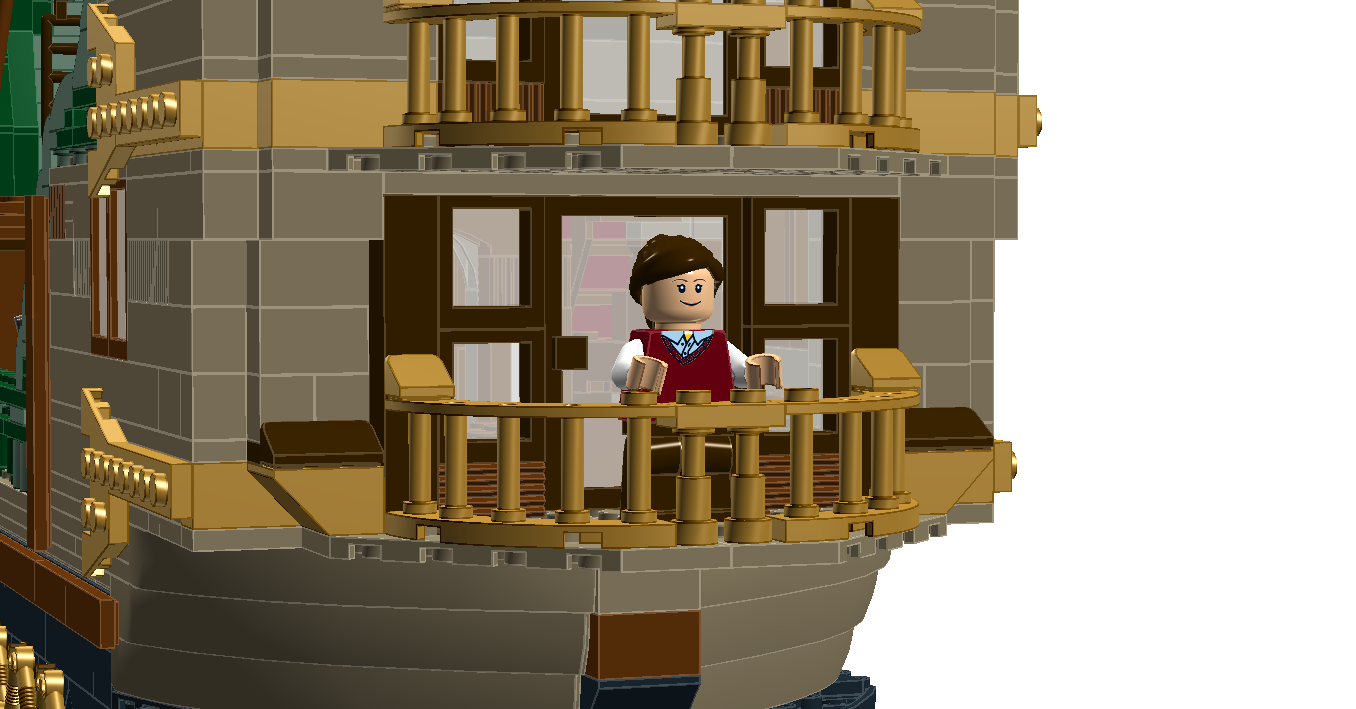 -The Stern-
-----This picture was posed after a popular picture of Lucy looking over the back of the ship at the sea people. She is standing outside Caspian's Cabin and there is another balcony above her. Inside the room there are almost all the details seen in the movie, except of course for impossibly small woodwork details. Those are too small for bricks, maybe stickers could capture those details.----- 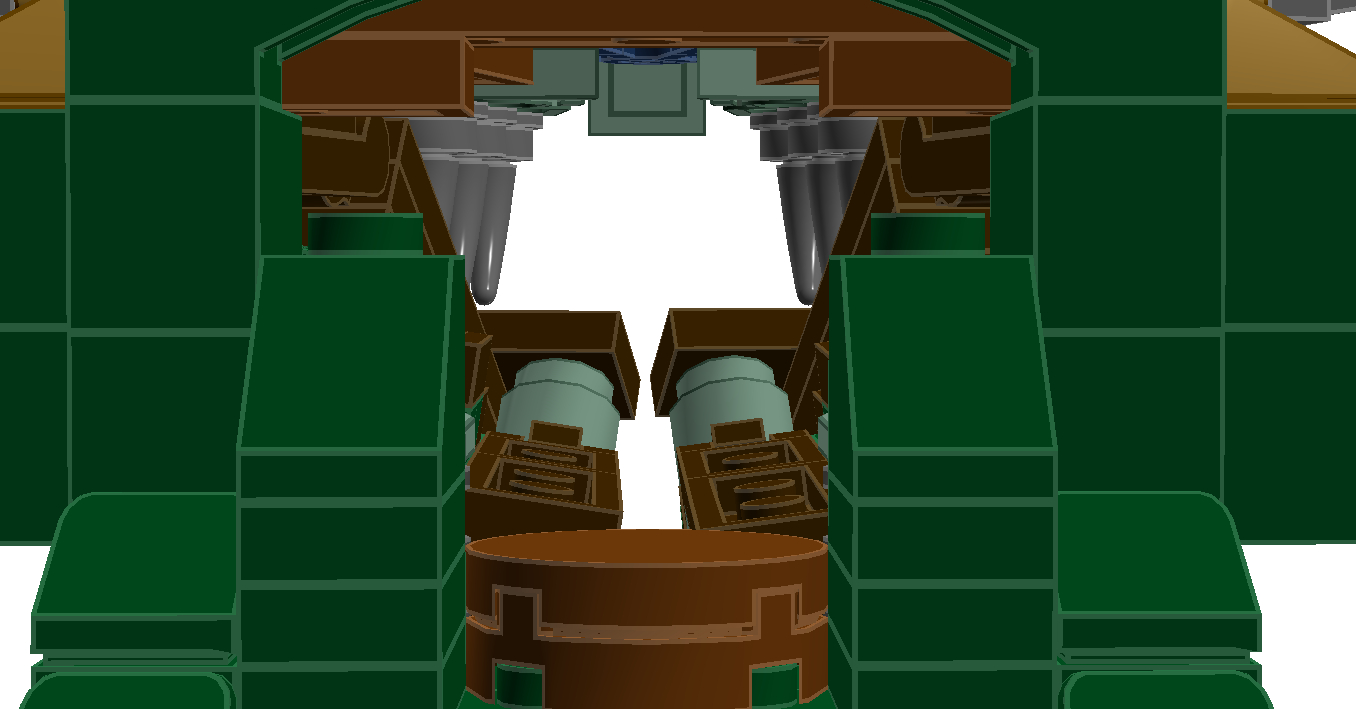 -The Mouth-
-----This is looking through the mouth of the Dragon on the front of the ship. Unfortunately it's not quite the size of the one in the movie (where Edmund stands up in it), but it gets the same effect. A minifigures head and maybe shoulders could fit but that'd be laying down. *sigh* Sorry to any Narnian Perfectionists out there.----- 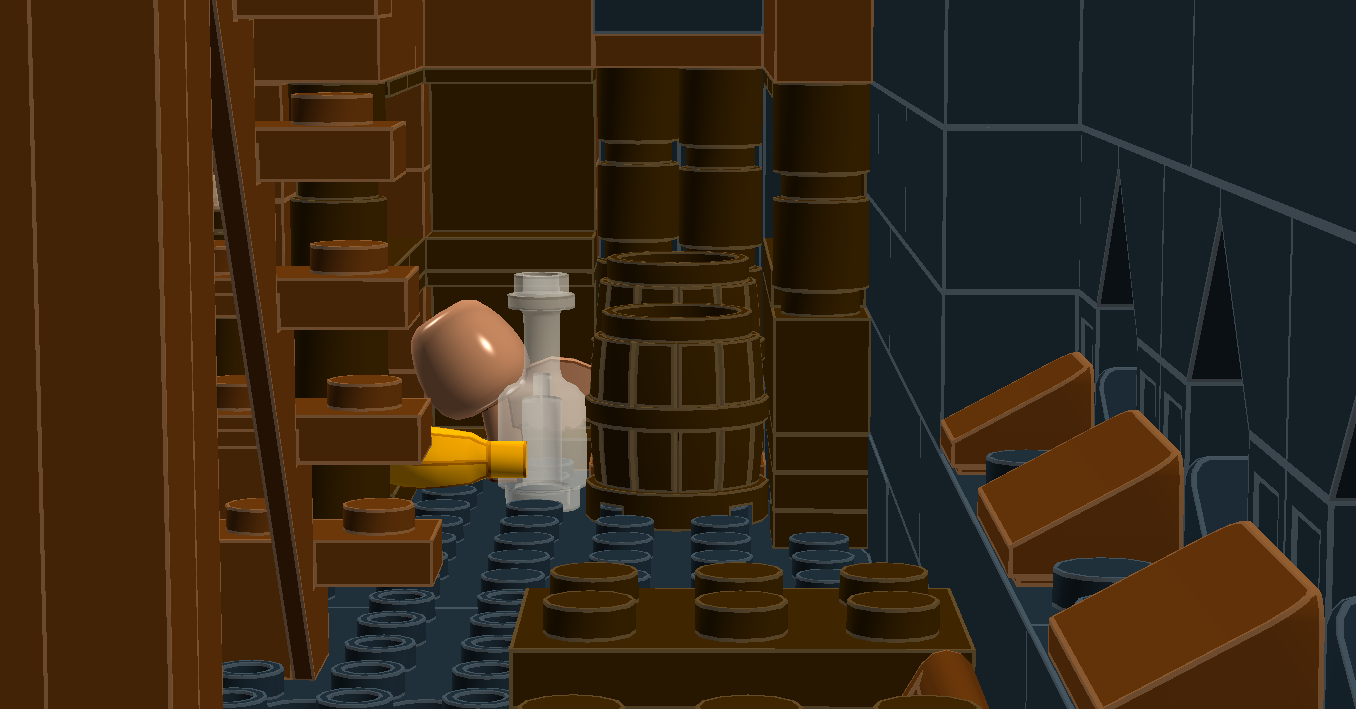 -The Storage
-----This is the Storage Compartment in the Hull of the Ship. It is the foundation scene for the Eustace/Reepicheep Duel. As shown, There is the orange/peach/fruit that Eustace was "borrowing". There's also rowers benches, as seen in the foreground.-----

-----Please leave a comment in you support, I will check out your projects if I know you supported mine!-----

-The Links-
Also don't forget to check out the other amazing Narnia Projects:

Skywalker89's Narnia: Through the Wardrobe

and Narnia: The Dawn Treader

And My other projects:
Carry on Mr. Bowditch- Cooper

and -The Lord of the Rings- Prancing Pony