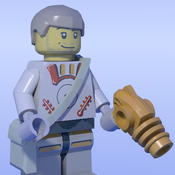 By Brox.P
0 comments
Update:
Oh dear, looong time no update. Sorry guys, I'm quite busy and haven't managed it to build something new. In the meantime I found great inspiration here:
Lego space habitat is detailed enough to live in for a very complex one
The Oblivion movie from 2013 for a very clean white style (although not in space, it should work there as well).
and a very minimal futuristic home here on Cuusoo: ATTICO that can easily be seen in space.

Being a fan of science fiction I was wondering how living in space is like.
Sci-fi novels show adventurous heroes, we know they command their own ship - but what about the non-heroes?
Will they live in huge Apartment complexes as in Coruscant (depicted in Star Wars Episode 2) or in buildings like in The Fifth Element?
If there isn't a habitable planet around, will there be a Citadel a la Mass Effect or will people live in their space ship like the Destiny in Stargate Universe (but voluntarily)?

What space habitat would you like?
This page is meant as a collaborative place to develop "Future Living" as the next possible lego theme.

We all built houses with red basic bricks, maybe some of us added space elements for fun.
There are so many space adventure sets but there's little about living.

Here is mine: LDraw Model, big picture
The main image (above) shows the bed room including a virtual environment area.
If you do sports there you'll appreciate some water for refreshment... 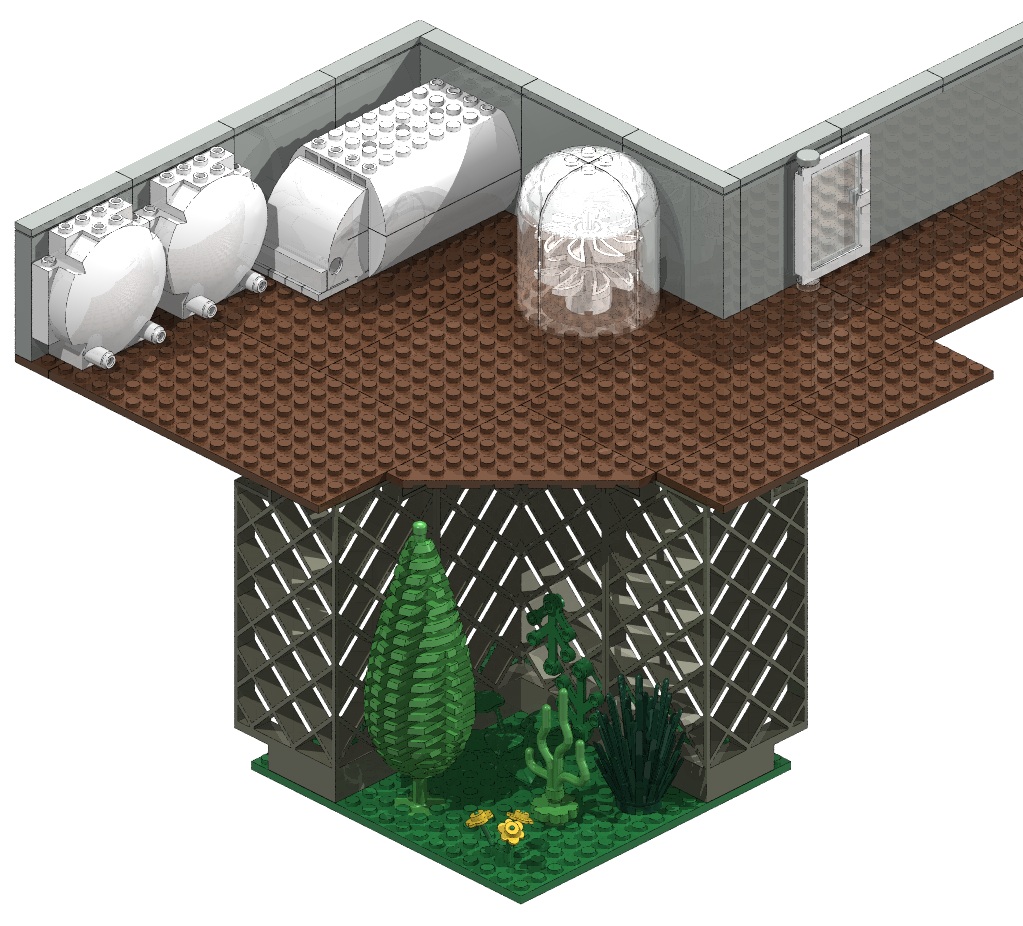 This is where fresh air is produced, saved and where food can be stored. 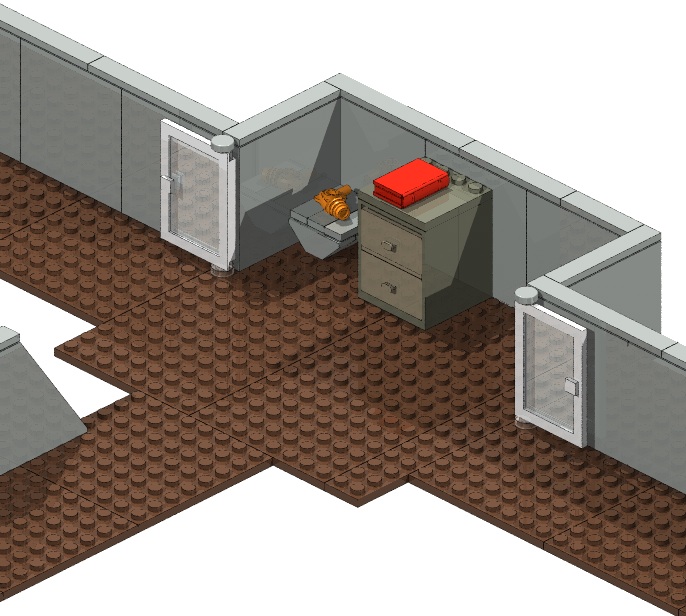 The hall including a wardrobe and a shelf/table. 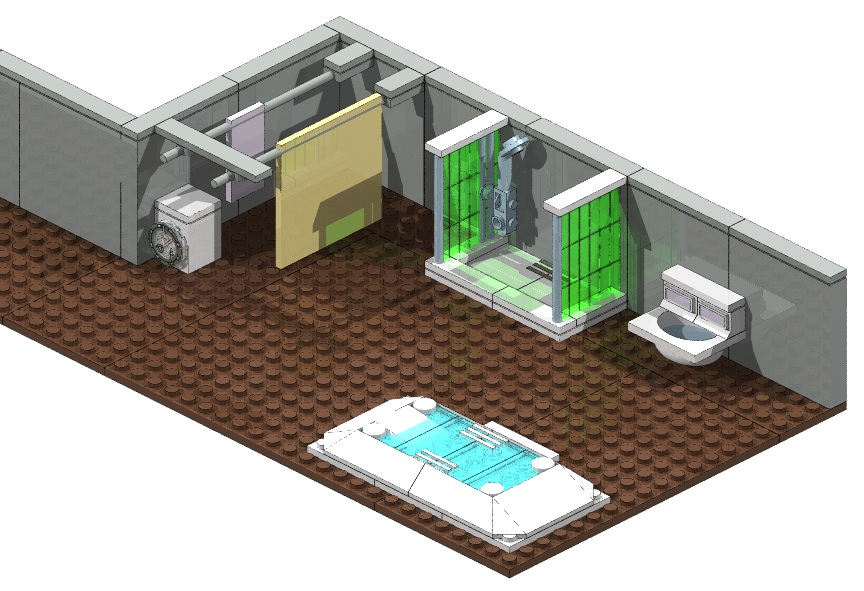 The bath room including a toilet, a washing machine and a whirl pool.

For those reading this far:
You've probably noticed the 1-wall asymmetry. I originally built this as a setting for a point-and-click adventure and with Solaris (Lem) in mind. If I continue that game, you'll see a link on this page.
Being a newbie on CUUSOO, have you any idea which community might vote for this?
Probably lying in the intersection of Sci-Fi fan and AFOL/child lego fan.

Todo: Add an entrance to this home. Including a mini hangar for a small space craft.
This is also present on the CUUSOO Wiki. Check this page out!
---
Models were made using MLCad
Image were made using PovRay only (with LDView-exported Scenes)