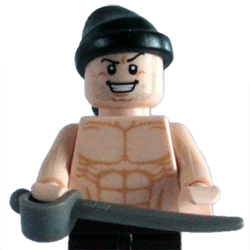 I enjoyed collecting and building the LEGO Exo Force sets with my children, though they and I were constantly modifying the mecha to look more Western, similar to those from the Battle Tech universe. This build was inspired by that idea.

It was not designed to be an exact replica of any existing or licensed mech, rather a build that pays homage to the source inspiration, whilst still presenting as a unique LEGO model.

The piece count is 520. The model is fully poseable and very sturdy. The cockpit is connected by Technic pins and removes easily.