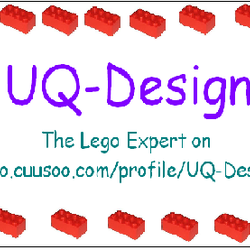 UQ-Design
1
killer moth's lair
this set has 544 pieces, incuding the killer moth figure.
with 4 minifigs: batman, batgirl, killer moth and the mad hatter.
killer moth's lair comtains:
* a giant cocoon to trap a minifigure in
* 2 floors
* a big cocoon shape window
* a spider web
* 8 little cocoons spread over the lair
* a table with a computer and a cup (inside)
* a gun that is hidden in a spot under the table
* a staircase
* a net to capture somthing of somone in

the picture at the top:
the front of the lair.
the big white thing on the top is the giant cocoon.
the spider web and the cocoon shape window are also on the front.

be sure to check out my other lego cuusoo project: lego batman, poison ivy's botanical garden and bat-buggy.

if this project gets 75 supporters, i wil post my whole new project, with the penguin!!!

special thanks to my friend Tim, for helping me get some supporters.
here is a link to his youtube chanel http://www.youtube.com/user/TankCraftGaming

the back of the lair.
here you can see batgirl trapt in the giant cocoon
also a better look at the inside..

an other side of the back and the inside of the lair, from a distance.

here you can see the hidden spot uder the table.
with the gun.
you can easely lift the desk up.