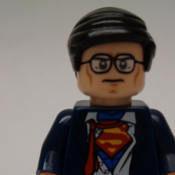 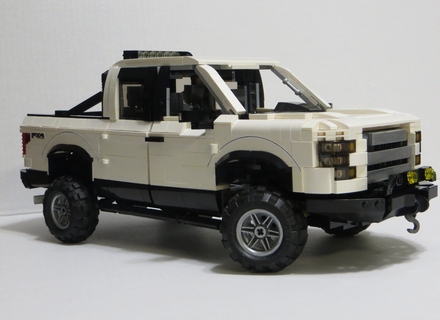 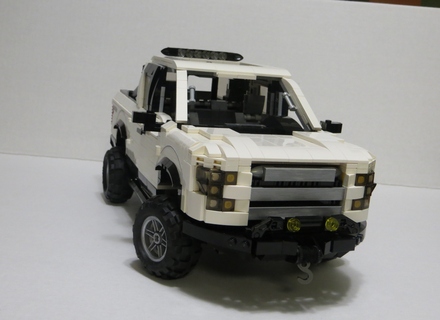 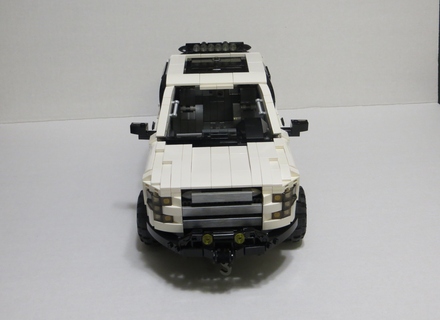 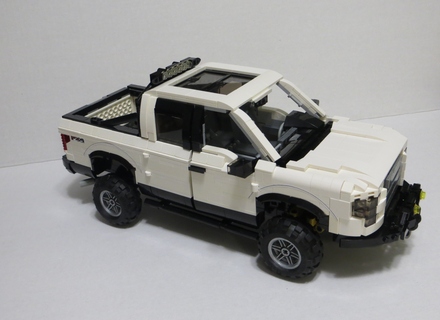 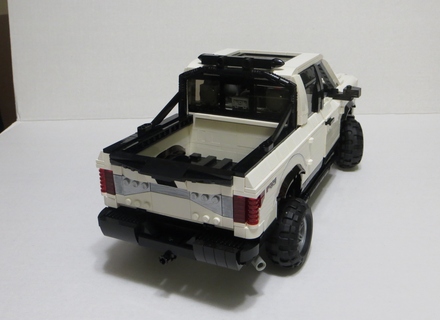 Thank you to everyone who has supported my project so far!  It is doing great, but I don’t think I’ll make it to 10,000 supporters at this rate.  One of the common comments I received was that supporters would like to see a Raptor version of the truck.  The redesign would be too time consuming for me at this point, but I decided to take a similar approach for this update.

This update is a 127 piece add-on that I think would be a great addition if it became an official set.  Build the standard F-150 (approx. 1100 pieces), and then be able to modify it to give it a more adventurous, off-road look.

I viewed the many modifications real F-150 owners make to their trucks and incorporated some of the popular ones into my model to make it a more rugged, distinctive set.

The modifications include a front and rear lift to accommodate over-sized off-road tires, a custom front bumper with working winch, and a bed mounted roll bar with a low-profile light bar.  I also switched out the white color-match door handles and side mirrors with black ones to make them stand out more.  I removed the flat running boards and replaced them with bulkier tube steps, too.  These were all easy mods that could be included in the set so the model could be switched back and forth between a stock pickup and a totally capable off-road 4x4.

Let me know what you think about it, I greatly appreciate the feedback!