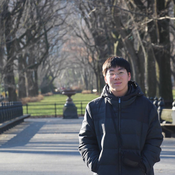 When the forces of criminals and all forms of evil become too much for your standard police forces to handle, it’s time to send in the heavy artillery with the Police Special Combat/Rescue Robot. Specially designed with heavy and yet nonrestrictive armor, an extensive range of motion, and two shoulder mounted blasters, this robot is perfectly equipped to protect the peace and combat villainy in urban areas. If even more is needed, then you can exchange one of the police robot’s dexterous arms for a powerful laser cannon for even more firepower. A machine capable of defeating monstrous foes with a blast and rescuing civilians with its agile hands, the Police Special Combat/Rescue Robot will be the city’s very own gentle giant.

The robot is roughly a foot tall and is poseable within reason.