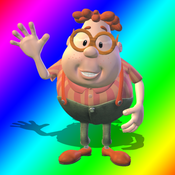 This is the Batmobile from the Award winning Video Game Batman Arrkham Asylum. I made this set by using the in game 3d gallery to get a 360 degree veiw of the batmobile. I then used ldd to model the design in lego. Then I used blue render program to make the high resolution photos you can see above. I made this set because I realy like the Batman Arkham Asylum Video Game. I think this would make a good set because The Batman Arkham Asylum Video Game has a huge following and fans around the world could have a lot of fun while building their very own Batmobile. I also think this would make a good set because it works well as a display piece for collectors and is sturdy enough for play.