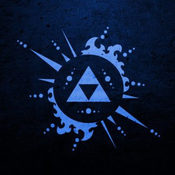 Hello! This Lego Ideas submission is a collaboration between PickABrick and mhousenga. PickABrick has permission from mhousenga to contain his work in this project. The far half of the model was designed by mhousenga and the other half was created by PickABrick. This model is built on two seperate blue Lego baseplates that are placed side by side to create this large modular Ninjago City street. As you can see, it is built on the water and contains a sidewalk that weaves around the various shops and apartments. The modular design allows for easy access to all of the twelve rooms of the model.

The half of the model that is nearer to you contains a fish market, toy store, apartment, videogame store, and workshop. The toy store includes minifigure-scaled action figures and Lego sets. In the videogame store you will find an arcade system, a small remote controller, and shelves lined with video games. The second half is comprised of a dojo, pizza shop, trophy store, sports equipment store, and a small rooftop building that allows minifigure access to the balcony. The dojo houses wall-mounted katanas and a teapot.

Alternatively, this model could be displayed alongside Lego's Ninjago City and Ninjago City Docks sets to further expand your Ninjago City diorama. If you like this project, please support and leave a comment! Thank you!