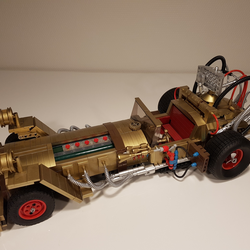 I used 1243 bricks to make this model and over 100 hours. however all the gold pieces on Il Tempo Gigante were not available so I have selected the 106 Bright orange from the lego designer instead.