The Wizard of Oz - The Road to Oz! 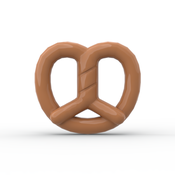 By lego_pretzel
44 comments
On August 10, 1939, a film like no other premiered. Now, over 80 years later this LEGO Ideas project is meant to showcase the beauty of the technicolor film. The iconic scenes, songs, and characters have become part of generations of movie-lovers. The characters of Dorothy, Scarecrow, the Tin Man, the Cowardly Lion, Toto, and the Wicked Witch of the West are brought to life along the path of the yellow brick road on the way to the Emerald City. Wearing her ruby slippers, Dorothy encounters three unforgettable friends on their way to meet the Wizard.
The build is composed of a path of yellow bricks made of part #99563. On the left side is the corn field holding the place where Dorothy meets the Scarecrow. He is surrounded by crows. Across the path is a forest populated by the angry trees who throw apples at Dorothy and the Scarecrow. Later, she will meet the Tin Man and the Cowardly Lion. Flying above is the Wicked Witch on her broom. In the background, the land of Oz with the Emerald City is seen in the distance. A separate build of a rainbow emerging from the clouds is also included showcasing Dorothy's famous song "Somewhere Over the Rainbow".
The minifigures included are Dorothy (with a basket), Scarecrow, the Tin Man (with an axe and an oil can), the Cowardly Lion, Toto, and the Wicked Witch of the West (with her broom).