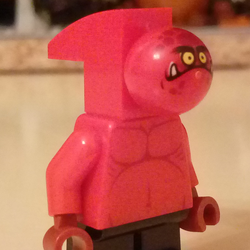 By Robbrik 84
60 comments
The Great Walker
... it all starts with a great dream ...
Jamie always lived and worked on the farm he inherited from his grandparents. The boy had always dreamed of great adventures, but he never believed he could make them come true. Everything was limited to taking care of the harvest to be able to sell it in a small town near his farm.
One year he decided to take a trip to the big city to try to obtain a greater benefit. An unknown place for him, since it is located one day away from his farm. That day he enjoyed it so much, that even the road was short. Upon arrival, he was fascinated by everything he saw, and also profitably sold the entire harvest. As he had plenty of time before starting the return trip, he decided to know more about all the corners of the city.
One place that all roads led to was the train station; It was the first time in his life that he saw a train arrive and that image was deeply engraved in his mind. A machine so big and heavy, with wagons that housed the same comfort as a house and moving across the country at such high speed?! ...
All that left him very busy for a long time. The only thing he did not like was the limitation of movement of the tracks. The train has everything, except the freedom to go wherever you want, he thought.
Since then, he traveled to the big city frequently, talking to the machinists, blacksmiths and the station master to clarify all the doubts that arose.
The day came when it was clear how to make a machine that had the comfort of a house and that could move freely. He decided to sell the entire farm, minus a parcel, where he could build his machine. All this took a long time and many headaches. Once the work was finished, it was clear what he would call it ...
"The Great Walker"!
After a few weeks of testing and tweaking, he was ready to set out on his endless journey. And that was just the beginning of the rest of his life ...
The set is created in homage to the entire steampunk genre. Being remote controlled, its mobility is a good example of the functionality of all these machines that amaze us on the screen. The movement of the legs helps to achieve that effect. A set with a very apparent appearance, just as moving as it is exposed in a showcase.
---
Set contains:
-1 Minifigure
-2 Medium engines Powered UP
-1 Hub Powered UP
---
I take the opportunity to greet the whole community, since I have lost my profile and I am starting again.
Thank you all!!!!