Kass from Breath of the Wild 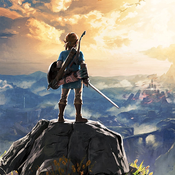 By Xman3939
99 comments
Welcome to Rito Village! Come explore the many islands and gaze upon the beautiful, crystal-clear lakes! Here is a Lego model of Kass, a bird-like figure from Nintendo's 2017 The Legend of Zelda: Breath of the Wild video game. Kass is a Rito minstrel who travels through the kingdom of Hyrule and sings songs filled with quest clues for players to solve.
This model includes:
When the Music to our Ears contest was posted, I knew exactly what to build. Nintendo's Legend of Zelda series has some of the best soundtracks found in the video game world and what better way is there to immortalize that music than by building it with Lego? However, the contest had so many great entries, but the judges could only pick 10 to move on to the fan vote. When my entry did not move on, I decided to make a couple of changes and turn it into a product idea.
This model would be a great addition to the collection of Lego fans from all ages! The Legend of Zelda series holds a special place in many Lego fans' hearts and Kass would be a great model to display. But the fun doesn't stop there! Because of how posable Kass is, younger fans could have hours of fun acting out there own scenes with a buildable Kass. And because Lego has recently rolled out a Nintendo licensed theme, a Lego Legend of Zelda set is much more likely and possible!
This build has 2927 pieces and no illegal building techniques were used in the creation of this model. I know this was probably a LOT to read, but please support this idea! I know that the call for Lego Zelda has increased over the years, and now it is even more possible for it to happen! Thank you!