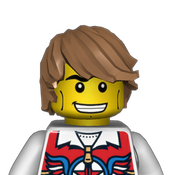 I was Looking up Google Image and I saw a custom Made Lego Minecraft Batman. So I decided to make my own Lego Minecraft Batman set. It includes 3 micromobs from left to right are batman, Robin, and last but not least the Joker.  I thought It would be a crossover between Minecraft and Batman.

Here is the minecraft version of the Gotham train bridge

Those are the buildings of Gotham City. It has a tower that resembles the Empire State Building. And it has a hospital with a tree.

Here are the batman Micromobs from left to right Batman,Robin,and Joker.

Inside Gotham city is a Subway train station. It has 2 rails.

Here are Batman and Robin battling on the tower with the Joker.