The War of the Worlds

By iPaloosa
11 comments
"No one would have believed in the last years of the nineteenth century that this world was being watched keenly and closely by intelligences greater than man’s... Yet across the gulf of space... intellects vast and cool and unsympathetic, regarded this earth with envious eyes, and slowly and surely drew their plans against us. "

- The War of The Worlds, By H.G.Wells

The Classic Tale of Alien Invasion, written at the turn of the last century, the enigmatic Martians bring their machines of war to earth, with devastating results, only to suffer their defeat from the most insignificant of causes.

All LDD Files and Images Available at Brickshelf 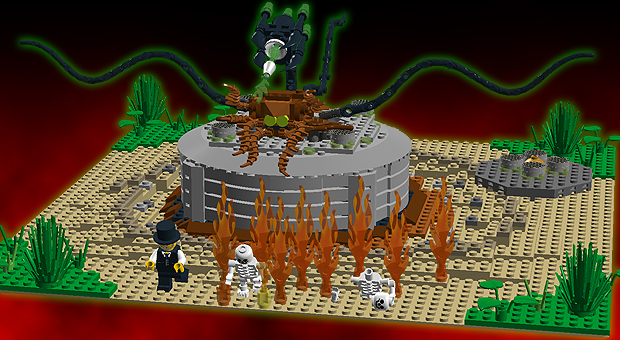 "Once a leash of thin black whips, like the arms of an octopus, flashed across the sunset and was immediately withdrawn, and afterwards a thin rod rose up, joint by joint, bearing at its apex a circular disk that spun with a wobbling motion. Then slowly the hissing passed into a humming, into a long, loud,droning noise. Slowly a humped shape rose out of the pit, and the ghost of a beam of light seemed to flicker out from it ... Forthwith flashes of actual flame, a bright glare leaping from one to another, sprang from the scattered group of men. It was as if some invisible jet impinged upon them and flashed into white flame. It was as if each man were suddenly and momentarily turned to fire."

The War of the Worlds "The Heat Ray"

The Martians arrive in massive cylinders that fall to earth as glowing green meteorites, opening, to reveal the martians inside, who bring swift death with their heat ray to all who approach them. 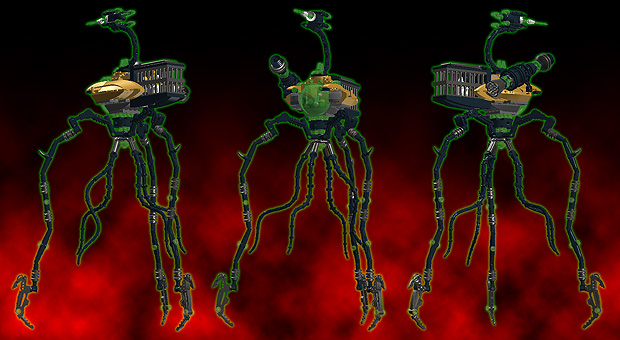 "A monstrous tripod, higher than many houses, striding over the young pine trees, and smashing them aside in its career; a walking engine of glittering metal... articulate ropes of steel dangling from it, and the clattering tumult of its passage mingling with the riot of the thunder... Machine it was, with a ringing metallic pace, and long, flexible, glittering tentacles swinging and rattling about its strange body... the brazen hood that surmounted it moved to and fro with the inevitable suggestion of a head looking about. Behind the main body was a huge mass of white metal like a gigantic fisherman's basket, and puffs of green smoke squirted out from the joints of the limbs as the monster swept by me."

The War of the Worlds - "In the Storm"

At first the people of earth believe that the Martians are trapped within their landing pits, but soon the Martians reveal their Fighting Machines, the iconic alien tripods, armed with the terrible Heat Rays, and the poisonous Black Smoke launchers, but soon the Fighting Machines begin to to more than just slay, they start harvesting people as well. 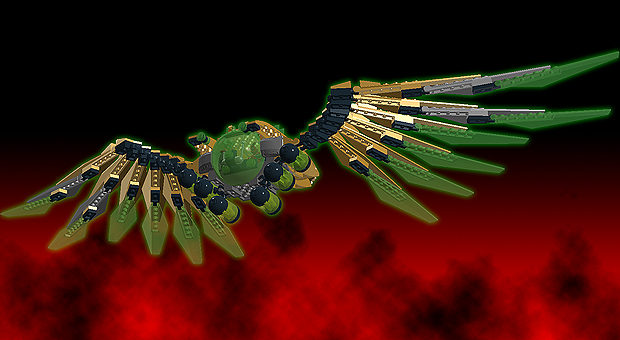 "They've gone away across London," he said. "Of a night, all over there, Hampstead way, the sky is alive with their lights. It's like a great city, and in the glare you can just see them moving... And the night before last"--he stopped and spoke impressively--it was just a matter of lights, but it was something up in the air. I believe they've built a flying-machine, and are learning to fly."

"It is all over with humanity," I said. "If they can do that they will simply go round the world."

The War of the Worlds - "The Man on Putney Hill "

Secure in their landing zone, the Martians begin to deploy strange new technologies to expand their conquests. 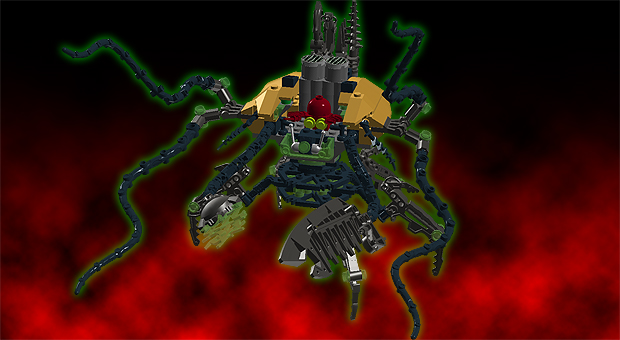 "The mechanism it certainly was that held my attention first. It was one of those complicated fabrics that have since been called handling-machines... As it dawned upon me first, it presented a sort of metallic spider with five jointed, agile legs, and with an extraordinary number of jointed levers, bars, and reaching and clutching tentacles about its body. Most of its arms were retracted, but with three long tentacles it was fishing out a number of rods, plates, and bars"

As the Martians expand their conquests, survivors of their campaign describe the strange and terrible technologies that they put to use, such as the Handling Machine, an all purpose vehicle.

The Handling Machine features a swiveling body, and articulated and poseable tentacles, plus a modular tool rack and tools.