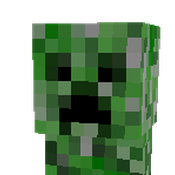 By LegoMan133
7 comments
This set is a mini scale of 6 different landmarks that are in the small city of Rockford, IL. The landmarks are iconic to locals and people nearby, and that is what inspired me to build it. I believe that this would be a great set because of the distinct shapes of the landmarks such as the symbol. The landmarks included are The Symbol, Nicholas Conservatory, Joe Marino statue, Rockford Register Star News Tower, Faust Landmark, and the Clock Tower. The city was widely known for being industrial in the mid-1900's.