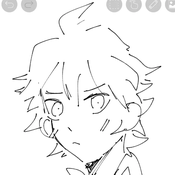 By Dakon Eklund
17 comments
Forest Ranger - Armed
An off-road vehicle with foldable wheels. When wheels are folded, it has the ability to shoot at dangers from a hidden shooting point below the vehicle.
I started building it so that it would end up as an enhanced version of Riddler’s car but sooner or later it became a whole different thing. This is my first LEGO idea, so it depends on your support to make it work!
This would make a great LEGO set for its complexity and amazing, powerful looks! In my opinion, if this was a real car, it would impress many for its stylishness too, don’t you think?